Flashback Friday: When a dare to eat an insect goes horribly wrong. 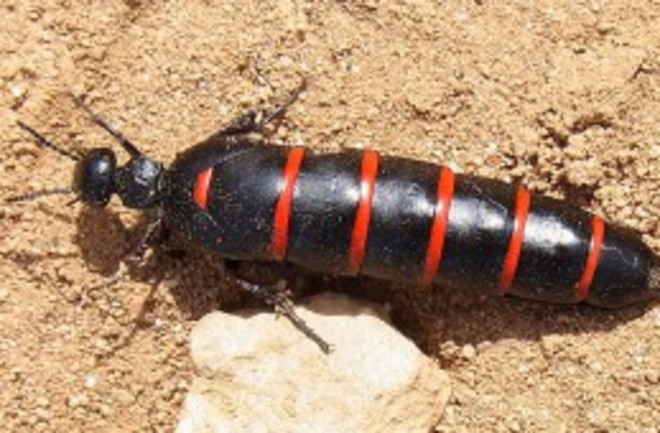 Question: how do you know when your seemingly simple dare has gone a little too far? Answer: when you become the star of a medical case study. From inhaling too much helium  to shooting pressurized air up someone’s butt, we’ve seen our share of stunts gone wrong here at Seriously, Science? And this one, although lacking pressurized gas, is another doozy. Here doctors report a soldier who ate a beetle on a bet. Sound pretty harmless? Not when the beetle turns out to be Berberomeloe majalis, an insect that produces the chemical cantharidin–aka “Spanish fly.” Despite its well-known aphrodisiac effects, this chemical also has the unfortunate side effect of causing kidney damage. Fortunately, the soldier recovered. Sadly, however, the beetle did not.

“Cantharidin is a poisonous substance secreted by blister beetles, including the ‘Spanish fly’. Historically, cantharidin was used as an aphrodisiac, vesicant and abortifacient. Symptoms of poisoning include gastrointestinal and genitourinary mucosal irritation along with renal dysfunction. We present the case of a reckless 23-year-old soldier who accepted the challenge of eating a beetle (Berberomeloe majalis). Six hours later he was admitted to the emergency room with abdominal pain, dysuria, gross haematuria with clots, hypotension, fever and renal insufficiency. With intravenous fluid therapy, he recovered clinically. Laboratory parameters returned to normal within 1 week.”