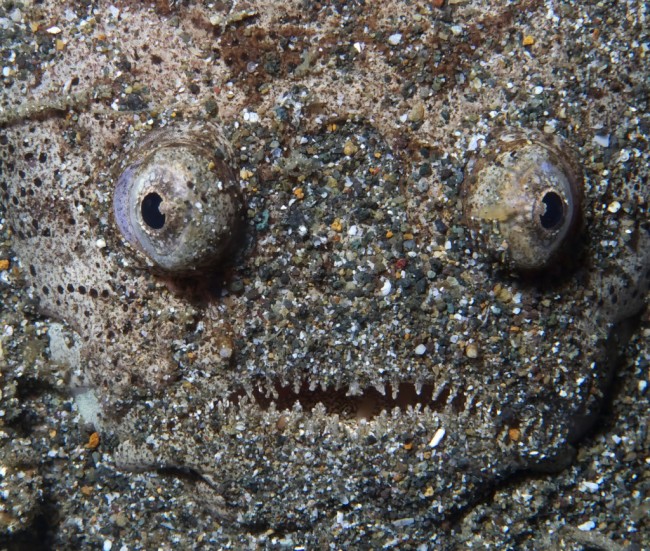 A Boston man's incredulous, shout-y, and profanity-packed encounter with a fish charmed the Internet this week. What would he say if he could see some of the things swimming a little deeper? On his Facebook page, Michael Bergin posted the now-viral video taken on a fishing trip with his friend Jason Foster. The two have just come across a sunfish and Bergin is losing his mind. To be fair, the sunfish (Mola mola) is a pretty weird fish. It's huge and ungainly, like a big, lumpy face with fins. It likes to turn sideways and flop around near the surface to soak up sun, which is how Bergin and Foster found it. https://www.youtube.com/watch?v=r0IQCLQDfKw Bergin has no idea what they're seeing but offers several hypotheses, including "A F--KIN BIG SEA TURTLE," "A BABY F--KIN WHALE, MAN," "A FLOUNDER?" and "THAT'S A TUNER OR SOMETHIN." In a subsequent video, the men have hooked the huge fish but don't know what to do next. "What kind of fish is it?" Foster asks, finally speaking up. "WHO THE F--K KNOWS!" Bergin answers. "IT'S MOBY DICK!" If Bergin could catch a ride in a submarine, though, he would see some things that are really worth shouting about. Stargazer (or, "IT NEEDS HELP, WHATEVER IT IS") 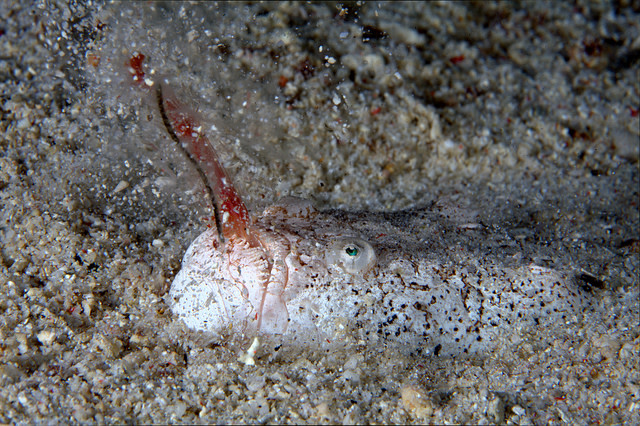 The fish you see here, and at the top of this post, is a stargazer (Uraniscopidae). It buries itself in the sand and uses its creepy, top-mounted eyes to watch for prey. When something juicy swims by, the fish darts out its sticky tongue—that's the long red thing in the picture—and snags a meal. In other words, it doesn't need your help. Oarfish (or, "HOLY S--T WHAT IS THAT F--KIN THING") https://youtu.be/-yIWfCAC5y0?t=3m22s This bizarre fish can be 11 meters long and is rarely spotted in the wild. It's worth watching a few minutes of this video so you can see the fish swimming vertically, swimming horizontally, waving its weird ribbony appendages, and flashing what look like bioluminescent stripes. Try not to shout too many obscenities, though. Hairy Frogfish (or, "WE GOTTA CALL THE AQUARIUM OR SOMETHIN DUDE") 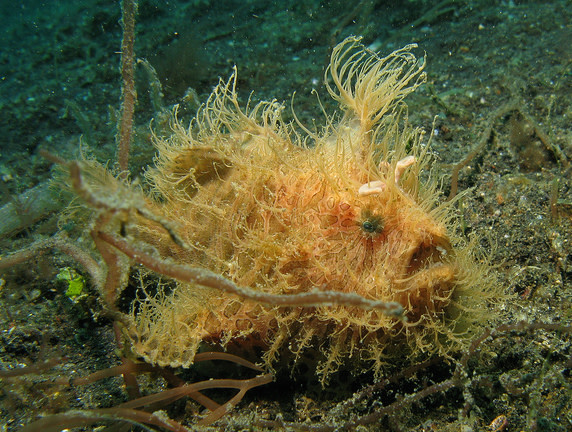 Underneath all the stringy bits it grows for camouflage, you'll find Antennarius striatus. Some other species of frogfish go without the "hairs" but still manage to look pretty strange—they may imitate a rock covered in algae, for example. Frogfish are carnivores and sometimes cannibals. They use their front fins to walk along the seafloor. Do you see an appendage on the hairy frogfish's head that looks like a worm? That's a lure to tempt prey. Bigfin Squid (or, "WE ARE SEEIN SOME S--T WE AIN'T NEVER SEEN BEFORE KID") https://youtu.be/IPRPnQ-dUSo Even Jason Foster would have something to say about this. Actual Tuna (or, "LOOK AT THIS F--KIN THING") 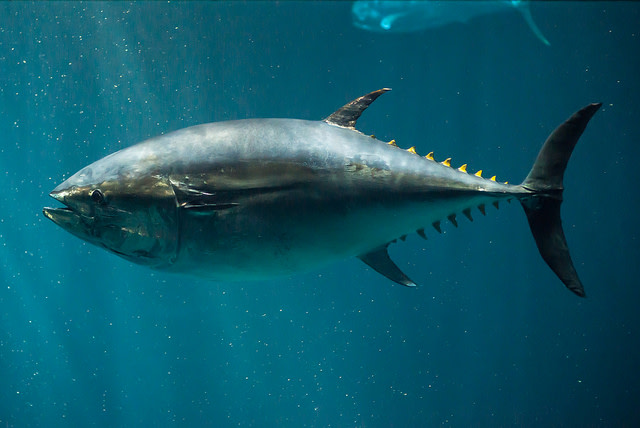 Have you ever gotten a close look at an ordinary tuna? The yellowfin (Thunnus albacares) has vivid "finlets" down its back like a stegosaurus in a kid's coloring book. It's a powerful swimming machine that can reportedly hit more than 40 miles per hour. And while a yellowfin can be as big as your sofa, the Atlantic and Pacific bluefin tunas can grow twice as large. In short, Bergin is right. We should all be freaking out all the time, because everything in the ocean is ridiculous and amazing. With luck, we have a friend who will keep steering the boat while we lose our minds for a few minutes.