Five Animals That Mate For Life

Though it's not common, these animals make the ultimate commitment. 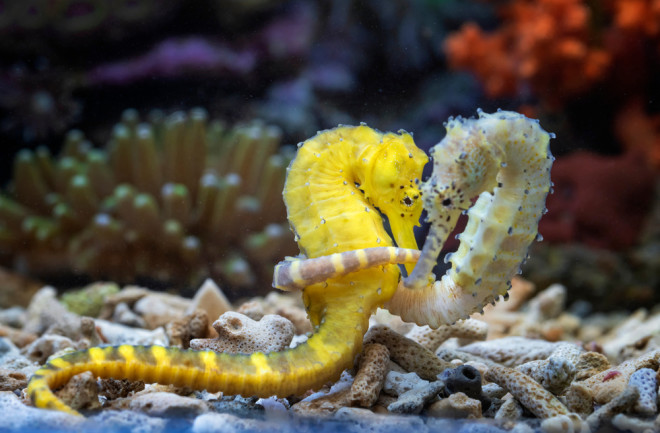 Monogamy in the animal kingdom is rare. Only 3 to 5 percent of mammals mate with the same partner for life. It’s almost unheard of in the world of amphibians and reptiles. The exception is birds — 90 percent of which practice some form of monogamy. This could mean mating for one season or returning to the same mate for several years. As rare as monogamy is in the animal kingdom, it does occur. Here are five animals that are known for their lifelong devotion to their mate.

North America’s largest rodent can grow to over 60 pounds and four feet long. They are well adapted to their semi-aquatic life, with features like webbed hind feet and a powerful, flat tail — used as a rudder for swimming and a brace for when they are gnawing trees. Beavers mate at approximately three years old, and unless one of the partners dies, they stay together for life. Both parents take care of their offspring, which remain with them for two years. These animals can be found in a variety of bodies of water throughout the continental United States. Their presence actively affects the ecosystem with the dams they make, constructed of branches and mud. The dams slow or block the flow of water, leading to the creation of new floodplains and ponds.

California mice not only mate for life, they take it quite seriously. They’re known to have an aggressive form of communication, described as barks, according to Josh Pultorak, who studied them during his Ph. D. work in zoology. His research included separating some male and female mates and pairing them with new potential partners, separating others without putting them with a new mouse of the opposite sex, and leaving some together. A week later the mice were returned to their original partners. Some of the pairs that experienced infidelity had increased barking, while the pairs that lived alone returned to their normal vocalization style. This indicates that it was the infidelity and not just separation that caused the rise in aggression. When a relationship ends, either by death or the rare occurrence of abandonment, female California mice take about 10 days longer to mate with someone new than males do.

During early spring, sandhill cranes start partnering up. The males and females each perform a mating dance and make loud calls. The dance includes jumping and wing flapping, along with occasionally throwing a stick into the air. Although the dance is most frequent during breeding season, it’s not the only time of the year sandhill cranes perform these maneuvers. Couples work together to build and take care of a nest, which typically holds two eggs that will be guarded by the male.

It is common for only one of the eggs to survive until hatching. From there, the chick will stay with its parents through the winter and begin making their own way once they are about 10 months old. In the event that one of the partners dies, sometimes the surviving mate will use the same nest with their new partner.

These unusual-looking fish have quite a love story. Seahorse’s courtship rituals include swimming harmoniously, tails entwined, as they synchronize their movements. They have also been known to vary between light and dark colors during courtship. Eventually, the male presents his brood pouch to the female. The couple then floats up through the water, and the female transfers her eggs into the male’s pouch. From there, the “pregnant” male carries the brood through a gestation period and delivers them as a live birth of up to 2,000 babies. This is the only known case in the animal kingdom where the male gives birth. During the pregnancy, the seahorse pair greets one another with a daily ritual, in which they strengthen their bond by dancing together. Interestingly, the seahorse has no stomach in which to keep food reserves, so they need to eat constantly, sometimes consuming more than 3,000 brine shrimp daily. Watch a seahorse give birth here.

The only known case of monogamy among lizards, shinglebacks mate with the same partner each year, although there are occasions where a larger male displaces a smaller one. They’ve even earned the nickname “the faithful lizard.” Biologists aren’t exactly sure why these particular reptiles stay together. One theory is that female shingleback lizards are able to feed better during breeding season because the male stays close by to protect her. This could lead to better reproductive success. Research revealed one shingleback relationship that continued for 27 years. Scientists also found that shingleback lizards that were in established relationships mated earlier than those newly coupled. It takes prolonged male attention to get a sleepy female to become receptive, so it’s possible that males who are part of an established pair might be able to move through this process more quickly.