Famine Can Tilt the Sex Ratio of Future Generations. But Why? 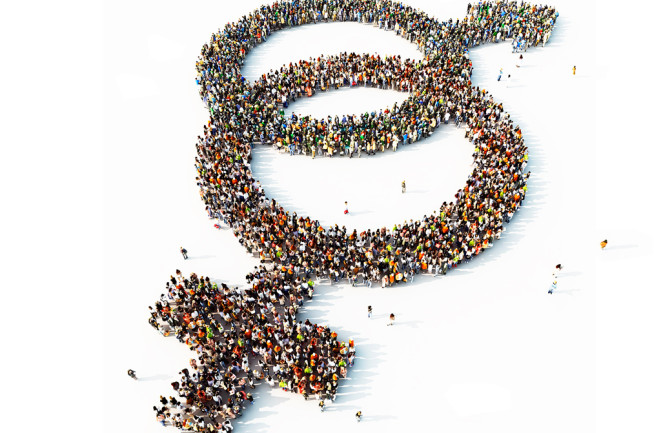 As a demographer, Shige Song was trained to focus on the social forces that change the proportion of males and females in a population. His studies of sex ratio in China, India and South Korea, where the birth of boys has significantly outpaced girls over the past few decades, had focused exclusively on the effect of cultural preferences for sons. Demographic studies since the 1980s have suggested son preference and sex-selective abortions of girls were the main causes of the skewed sex ratio in these countries.

What demographers have not been able to explain is why trends in sex ratio at birth also exist in societies that don’t value sons more than daughters. In the second half of the 1900s, more girls were born than usual in North America and most of Europe, while boy births significantly outpaced girls in Ireland, France, Italy and Spain. “It became clear to me that the standard social science model may not be adequate to explain sex ratio,” Song says. His controversial new theory has less to do with social forces among people, and more to do with simple biology.

While demographers were struggling to understand sex ratio anomalies in the context of culture, evolutionary biologists had largely embraced an idea put forth in 1973 by biologist Robert Trivers and mathematician Dan Willard. The Harvard-based pair theorized that as the physical condition of a female declines — if she’s nutritionally deprived, for example — she’ll tend to produce a lower ratio of male to female offspring. Evidence of the theory came from red deer and humans; in both species, adverse conditions in the mother’s environment during pregnancy are correlated with a shift toward female births.

Although natural selection ideally favors a 50/50, or .500, sex ratio in a population, mammals typically produce slightly more males than females. Because sex ratio is biased toward males, the figure is expressed by dividing male births by total births. It’s estimated that women give birth to 3 percent more boys, for a standard .515 sex ratio (with 48.5 percent female births). When fewer boys and more girls are born than that, it’s described as a sex ratio decline.

Evolutionary biologists say male mortality, which is overall higher than that of females, explains the male bias in sex ratio: A slightly skewed sex ratio at birth that favors males ensures that there are roughly an equal number of males and females of reproductive age. (Theoretically, a .500 sex ratio at birth may be possible if the gender difference in mortality is eliminated.)

But under certain conditions, biologists say, an imbalance favoring female births can improve the reproductive success of an individual organism. Trivers and Willard argued that the strongest and most dominant males of a species were far more likely to leave offspring than weaker males, while virtually all females would reproduce. According to this so-called adaptive sex ratio adjustment hypothesis, healthy mothers were better off producing sons, who would likely be fit and go on to reproduce, whereas mothers in less prime condition would benefit more from daughters, who would reproduce regardless of their low health status. The strategy allowed a mother to “maximize her eventual reproductive success,” the two wrote in their seminal paper.

Just how adaptive sex selection may occur is unknown, but there’s evidence that poor maternal nutrition disproportionately affects male offspring. Plentiful food sources are consistently linked with a male-biased sex ratio in nonhuman mammals, and a 2008 study found that British women with the best nutrition during conception were significantly more likely to give birth to boys than women with the poorest diet. (The researchers found no socioeconomic link to fetal gender.)

Glucose levels, which may drop in women who don’t get enough to eat, could have something to do with it, says Elissa Cameron, an evolutionary biologist at the University of Tasmania. In 2008 she showed that in the pre-embryonic stage of development, males have lower survival rates than females when glucose levels are low, causing more females to be born. Trivers believes sex selection may happen even earlier, at the time of conception.

Between 1959 and 1961, some 30 million people died of starvation in China during the Great Leap Forward, a national policy led by Communist Party Chairman Mao Zedong to simultaneously increase agricultural production and exports as well as industrialization. Huge amounts of the nation's grain were sold to raise money and pay off debts, while local farmers were ordered to abandon private plots for less productive communal farming, or to abandon their harvests to take up steel and iron production.Food grew so sparse in certain regions that for some, cannibalism was the only means of survival. The Great Chinese Famine is widely believed to be the worst famine in history. In his award-winning 2010 book "Mao's Great Famine," author Frank Dikoetter of the University of Hong Kong argued that it actually spanned one to two years longer than the official count and killed 15 million more people, claiming 45 million lives in all from 1958 through 1962. | Ullstein Bild-AMW/The Granger Collection

While working as a social demographer at the Chinese Academy of Social Sciences in 2008, Song became interested in the sex ratio decline that came out of the devastating Great Chinese Famine in the mid-20th century. Scholars had noticed a drop in male births during the 1960s, but they attributed it to data error “because they focused exclusively on the search for social explanations, and there were none,” says Song, like a cultural son preference. He saw the famine as a natural experiment for the adaptive sex ratio adjustment hypothesis.

In a paper published recently in the journal Proceedings of the Royal Society B (Biological Sciences) that looked at demographic data from more than 310,000 Chinese women, Song demonstrated a dramatic sex ratio decrease more than a year after the two-year famine began and lasting about two years after it ended, followed by an equally significant bounce back to pre-famine proportions.

Trivers says the findings are consistent with previous studies of post-communist Poland and historical Portugal in which poor economic conditions, and in turn poor nutrition, predicted the birth of more girls. “Evolutionary theories provide a simple and elegant framework to explain and even predict such changes,” says Song, who is now a sociologist at Queens College of the City University of New York.

To that end, Song wants to re-examine sex ratio phenomena through a new framework he calls “integrated evolutionary social demography.” This type of cross-disciplinary model might help explain, for example, why the sex ratio returned to normal levels around 2007 in South Korea, despite enduring cultural son preference there. And the sex ratio decline in the West, where the proportion of boys and girls moves closer to 1-to-1, might be explained by improved life expectancies reducing the gender difference in mortality in some regions, Song says.

But there’s still a long way to go before demographers embrace evolutionary theory. A panel of sociologists at the National Science Foundation recently turned down three of Song’s funding proposals; one reviewer even used the term “grade school reasoning” to describe the logic behind the adaptive sex ratio hypothesis. “The only way to make this change happen is to bring more funding, federal and private, into the field,” Song says — a grim solution in today’s economic climate. “As an individual researcher, the only thing I can do is to try to publish.”

[This article originally appeared in print as "When Do Girls Rule the Womb?"]