Eye-blink behaviors in 71 species of primates. 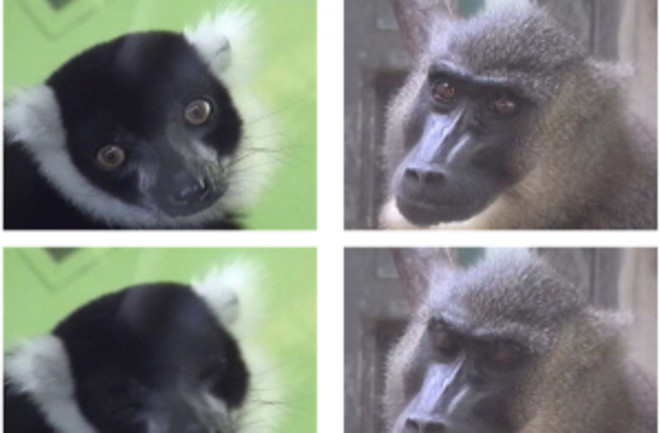 Figure 1. Two examples of eye-blinking behaviors in nonhuman primates.Left: Black-and-white ruffed lemur (Varecia variegata); right: the drill (Mandrillus leucophaeus). In humans, blinking has definitely become a social behavior - it's used in everything from flirting (more blinking) to intimidation (less blinking). How did this co-option of blinking evolve? These researchers took on the tedious task of observing blinking patterns in 71 species of primates. They found that primates with larger group sizes had higher blink rates, suggesting that blinking has been co-opted to adapt to social living during primate evolution. Eye-Blink Behaviors in 71 Species of Primates "The present study was performed to investigate the associations between eye-blink behaviors and various other factors in primates. We video-recorded 141 individuals across 71 primate species and analyzed the blink rate, blink duration, and “isolated” blink ratio (i.e., blinks without eye or head movement) in relation to activity rhythms, habitat types, group size, and body size factors. The results showed close relationships between three types of eye-blink measures and body size factors. All of these measures increased as a function of body weight. In addition, diurnal primates showed more blinks than nocturnal species even after controlling for body size factors. The most important findings were the relationships between eye-blink behaviors and social factors, e.g., group size. Among diurnal primates, only the blink rate was significantly correlated even after controlling for body size factors. The blink rate increased as the group size increased. Enlargement of the neocortex is strongly correlated with group size in primate species and considered strong evidence for the social brain hypothesis. Our results suggest that spontaneous eye-blinks have acquired a role in social communication, similar to grooming, to adapt to complex social living during primate evolution."

Related content: NCBI ROFL: Comparison of blinking behavior during listening to and speaking in Japanese and English.

NCBI ROFL: He gave me the hairy eyeball…literally.