Extinct Mega-Penguin Was As Tall As a Person 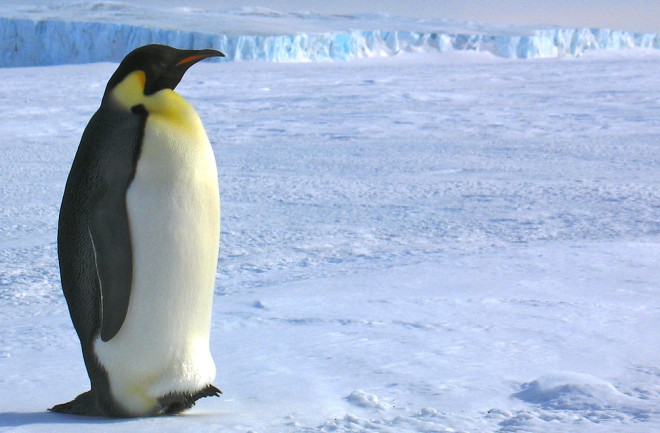 This isn't the colossus penguin, but it's an emperor penguin — the tallest and heaviest penguin species alive today. Credit: Stanislav Fosenbauer/Shutterstock Ladies and gentlemen, meet the penguin that tipped the scales at 250 pounds and stood taller than a person: the colossus penguin. Carolina Acosta Hospitaleche of the La Plata Museum in Argentina told New Scientist that her team has unearthed fossils of the new species, dubbed Palaeeudyptes klekowskii, and determined that it was the largest species of penguin to ever walk the Earth. Acosta Hospitaleche and her team discovered the fossils — a wing and anklebone — on Seymour Island, off the Antarctic Peninsula. They estimate the fossils to be 40 million years old.

Based on the size of the bones, researchers believe the colossus was roughly 5'3" tall, and could stretch to 6'7" with its beak extended upward. At the time when it lived, there were more than a dozen species of penguin living in Antarctica, and some of them were also giants. However, colossus appears to have been larger than any other of its cousins. Currently, emperor penguins are the largest and tallest penguin species alive, weighing anywhere from 50 to 100 pounds and standing four feet tall. The larger the penguin, the deeper and longer they can dive. So, researchers say, colossus could probably dive underwater for over 40 minutes to hunt fish. But unfortunately we can't observe this massive living missile shooting through the sea: The species likely died out during the Eocene period.