Evolution's Simple Machines that Make the Animal World Go Round

Simple machines hidden are where you least expect them. Take a closer look. 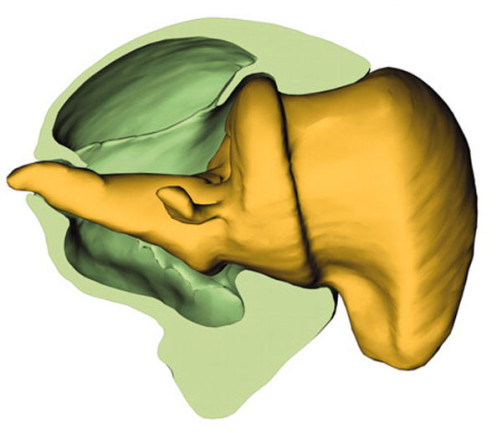 When researchers peered at the knees of the Papuan weevil recently, they had a surprise coming to them. Their massive electron micrographs of the joint showed tiny, perfectly formed screws and nuts, with a thread far more delicate than those made by humans. The weevil, it appeared, used them to lock its knees for stability when it landed.

This was the first time scientists had seen such structures in nature. But simple machines--defined by Renaissance natural philosophers as the lever, the wheel and axle, the wedge, the screw, the inclined plane, and the pulley--are hidden beneath the skins and exoskeletons of many a creature. Some of them, like the wheel, are so curiously rare as to have become examples of natural limits on biology. Others, like the lever, are so common that myriad examples exist in the human body alone. Here's a tour of the simple machines that make (the animals of) the world move. 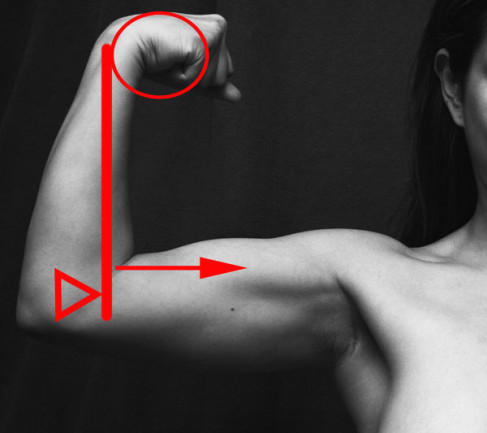 Simple machines are defined by their ability to redirect or multiply force, and Archimedes wrote the first known treatise on the subject in the 3rd century BC. It was he who codified the force-magnifying properties of the lever, with which, he famously claimed, he could move the world, if someone only gave him a place to stand.

In nature, the lever is the basis of nearly every aspect of the musculoskeletal system. If you have bones and joints, then you've got levers and fulcrums (the stationary parts of levers). There are three classes of levers defined by where the fulcrum, the load to be moved, and the initial force are placed along the lever's length. The most common lever in the human body is class 3, where that the force is applied between the fulcrum and the load, as in a catapult.

In the example of the bicep curl, the forearm is the lever, with the hand as the load and the elbow as the fulcrum. Between them is the bicep muscle, whose contraction provides the force necessary to swing the hand up. Class 3 levers don't make lifting the load easier--that's the domain of class 1--they increase the velocity of the action.

So those class 3 levers, like arms and legs, allow us to move much faster than we otherwise would. 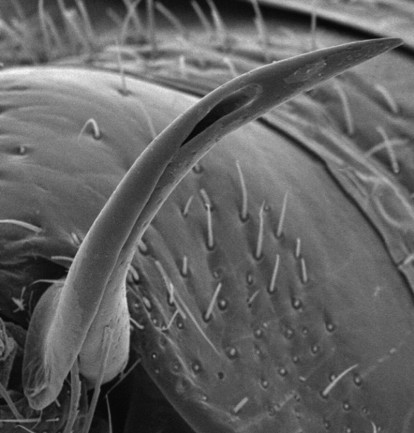 The wedge is used for parting or separating materials, and its first use by early humans might have been in skinning animals--separating a hide from flesh. Its unique function is transforming the power applied to its rear into equal forces pushing outwards from its surfaces.

In nature, wedges abound--anything that can pierce is a wedge, and there are many, many examples. One of the most vivid is the penis of the male bed bug.

During copulation, the male stabs the female's abdomen with his sharp phallus, bypassing her reproductive tract and injecting sperm directly into her body. Scientists call this "traumatic insemination," and though practiced with apparent evolutionary success by several species of invertebrates, it's not at all a positive experience for the female: the wound made by the male's wedge is liable to get infected. 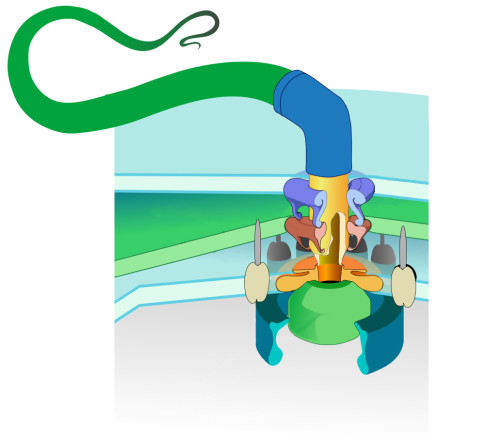 The circular wheel with a long rod or axle protruding from its center is the archetypal human invention: though its precise origins are lost in time, it has contributed to any number of technological advances since being deployed more than 5,000 years ago in Mesopotamian potters' wheels. But what's particularly remarkable is that it may be the only simple machine that evolution has almost never managed to produce.

The secret to the wheel's power to move loads over long distances is that it magnifies the actions of the axle: just a small rotation of the axle results in a much larger motion on the part of the wheel. Turn it around and apply force to the wheel, as in a doorknob, and a slight force is magnified into a much stronger action as the axle manipulates the door mechanism.

Biologists often use the lack of wheels in nature as an example of how, if the barrier to developing an adaptation is high and the payoff is not substantial, it will just never evolve. They generally cite the difficulty of getting nutrients to a fully rotating wheel--no blood vessels or other tissue can be attached to the structure, so how would it be nourished? (For more on this, check out this delightful 1917 description of the hypothetical process required for a creature to successfully grow a wheel.)

The one qualified exception is bacteria's whip-like flagellum: it indeed rotates completely around producing torque and propelling the organism as it spins. But it's only because it's on the microscopic level that this structure can overcome the problem of maintenance: the molecules that control the wheel and axle reach it by diffusing through the cell's cytoplasm. 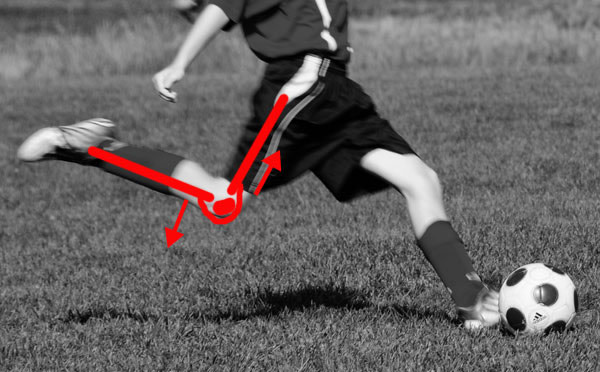 The pulley is a way of getting force to go around corners, and it's been used to great advantage on pirate ships and for moving pianos. But an example that's closer to home is your knee.

The patella, or knee cap, allows your thigh muscles to lift your lower leg without crushing the knee joint. If the quadriceps were connected directly to your shin, every time it contracted, the bones of the lower leg would grind into the base of the femur, and it would take a lot of effort to move. But by routing the connection over the top of the patella, evolution changed the geometry--when the quad pulls on the lower leg, the force comes from in front of the shin, rather than from directly above, so the shin moves easily. 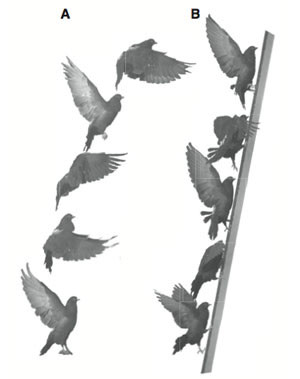 The inclined plane is the simplest of the simple machines, but it's been instrumental in everything from (most likely) building the Pyramids to making canals navigable. It provides a way to move a heavy object while using far less force than hoisting it straight up.

While its use in human endeavors is taken almost for granted, the inclined plane may also have had an important role in the evolution of flight. Young birds running up steep ramps flap their wings before they can fly, and scientists studying the energetics of flight have found that birds use far less energy running and flapping up steep inclines angles than they do flying at similar angles. This suggests, at least to some researchers, that flapping up an inclined plane could have been a bridge between running and flying. Though these inclined planes weren't part of birds, they may have shaped the way their bodies adapted. 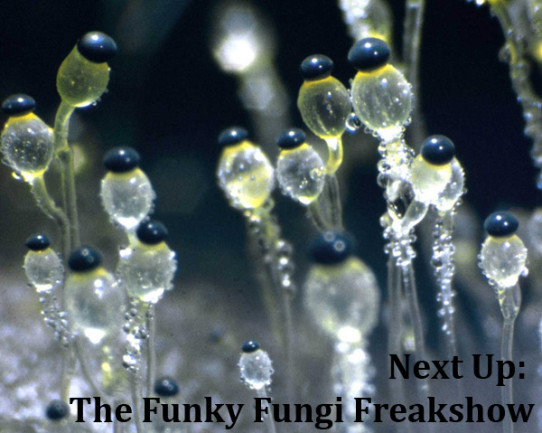