Evolutionary Boom in the Cretaceous Period Left out the Dinosaurs 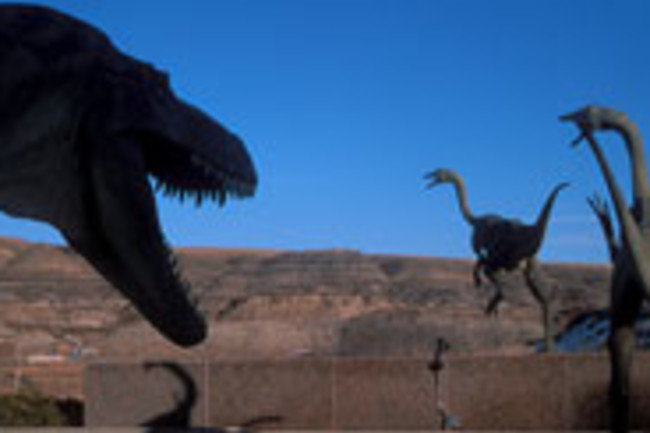 The Cretaceous period was such a good time for evolution that researchers talk about the "Cretaceous Terrestrial Revolution," when as an explosion of new plant and animal species appeared. But researchers say that a detailed analysis of dinosaur diversity during this period debunks the prevailing theory that dinosaurs took part in this evolutionary spree; instead, their rapid evolution had taken place millions of years before.

The Cretaceous period, which lasted from 145 million years ago to 65 million years ago... saw the diversification of pollinating insects such as bees, butterflies, and moths. New forms of lizards, crocodiles, and snakes appeared, as did many of the ancestors of modern groups of birds and mammals. The Cretaceous also saw the explosion of angiosperms, or flowering plants [ScienceNOW Daily News].

Some researchers have previously suggested that the wide availability of those flowering plants sparked an evolutionary surge in dinosaurs who fed on the plants, and others who fed on the plant-eaters. In the study, which was published in the journal Proceedings of the Royal Society B [subscription required], the British research team

studied all of the existing dinosaur taxonomic literature to produce a 'supertree' of dinosaur species [New Scientist].

By examining the connections between 440 species of dinosaurs, researchers determined that the

That means that all the main lineages of dinosaurs were established well before the flowers started to bloom on the Cretaceous plains. Researchers say that earlier estimates of rapid dino diversification during the Cretaceous period may have been confounded by the higher number of dinosaur fossils available from that time, leading to "sample bias."