Everything Worth Knowing About ... Human Origins

The skeletons in our closet. 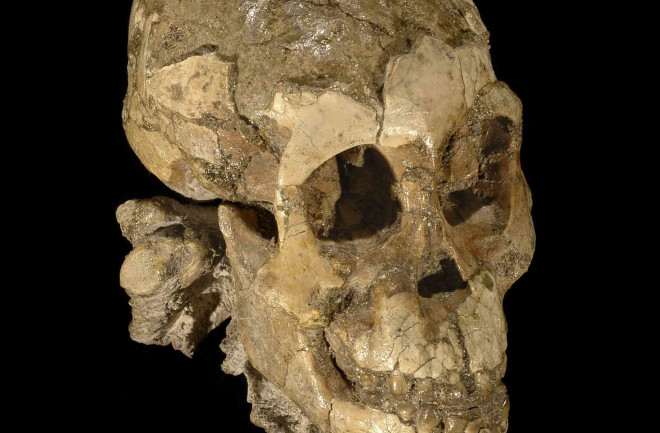 "Lucy” is the best known Australopithecus afarensis, but not the only individual found: This 3-year-old female was discovered in 2000, just a few miles from Lucy’s site. | Zeresenay Alemseged/Science Source

There’s a dirty little secret in paleoanthropology: What we know about human evolution is that we don’t know much of the story.

Let’s be clear: That Homo sapiens evolved from earlier hominin species isn’t in question. Although the fossil record is incomplete, we have more than enough to see that, in broad terms, our big-brained, long-limbed, built-for-distance-walking species evolved from arboreal ancestors with smaller brains, larger teeth and broader chests. We can also say, more confidently than even a few decades ago, that our family tree isn’t a tall pine, with a single trunk progressing upward to a lone pinnacle (us). Instead, the story of hominin evolution is a gnarly tree with multiple branches, some of them tangled through interbreeding.

“Our provisional family tree shows typically several hominids were living at the same time,” says paleoanthropologist and best-selling author Ian Tattersall. “It’s only very recently that we’ve had the planet to ourselves. ‘Normal’ is having more than one hominid running around.”

In the opening decades of this millennium, researchers have unearthed several breathtaking fossils from the caves of South Africa to the mountain valleys of the Republic of Georgia. At the same time, advances in sequencing ancient DNA have allowed us to determine not only when one species branched from another, but also whether they reunited, briefly, in isolated examples of interbreeding.

“In the 45 years I’ve been doing this, the human fossil record has expanded enormously,” Tattersall says. “In 50 years, what we believe now will look just as quaint.”

The Root of the Matter

Archaeologist Dominic Stratford looks down into South Africa’s fossil-rich Sterkfontein Cave from a catwalk above the entrance. | Russ Juskalian

For all the strides made in the past few decades in the field and the lab, big questions remain, including perhaps the biggest one of all: Where does our hominin family tree start — where do we branch away from the last species that was ancestral to both hominins and great apes?

“If I were a betting man, I would put my money on central Africa as the origin of the last common ancestor (LCA),” says Dominic Stratford, an archaeologist at South Africa’s University of the Witwatersrand.

Stratford has focused his research on Sterkfontein Cave, in the world’s richest hominin fossil area: a UNESCO World Heritage site known as The Cradle of Humankind, just outside Johannesburg. While South Africa and the rift valleys of eastern Africa have been the most productive areas to find remains of our ancestors, it’s not necessarily where they evolved.

“Our perspectives on the distribution of these species are heavily biased by the processes of preservation,” Stratford explains. South Africa’s fossils have been found mostly in caves and other protected sites, while the eastern African fossils tend to be discovered in layers of sediment along lakeshores and flood plains.

“Unfortunately, many areas that may have provided ideal environments for the evolution of the LCA are not conducive to fossil preservation because their soils are too acidic and forest [growth] turns over buried sediments all the time,” Stratford says.

In short, we may never find the ultimate missing link, which occurred an estimated 5 million to 8 million years ago. For now, the nearest we got was in 2001, when researchers described the partial skull and jaw fragments of a 6- to 7-million-year-old hominin from the deserts of northern Chad. Named Sahelanthropus tchadensis, the specimen is significant even though it’s so fragmentary: The hole in the cranium through which the spinal cord exits appears to be at the bottom, as it is for upright, two-legged hominins, rather than toward the back, as seen in chimpanzees and other knuckle-walkers.

Spend any amount of time reading about human evolution, and you’ll come across the terms hominin and hominid, which seem to mean different things to different researchers. It’s a fascinating moment in taxonomic evolution.

For centuries, researchers classified species mostly based on observable traits. Within the class Mammalia and the order Primates, humans, other members of the genus Homo (such as Neanderthals) and our closest ancestors, Australopithecus and Ardipithecus, fell into family Hominidae. Meanwhile, the other higher primates — chimpanzees, gorillas and orangutans — were assigned to the family Pongidae.

In the late 20th century, however, as scientists began to compare and classify species based on their genomes, we realized we’re genetically very closely related to gorillas and chimpanzees and, to a lesser extent, orangutans. Some taxonomic reshuffling was needed.

Now, the family Hominidae includes those other higher primates, and the subfamily Homininae includes gorillas, chimpanzees, humans and our immediate extinct ancestors. (Sorry, orangutans.) Zooming in more, the tribe Hominini — hominins for short — now refers to just the genus Homo, the australopiths and the ardipiths.

The process of revising textbooks — and reminding old-guard researchers of the change — takes time, which is why you may still see hominid referring to humans and our closest kin. It’s not technically wrong, since we are hominids — but so are other higher primates, genetically speaking. For greater precision, the preferred term for our species and the extinct species nearest to us is hominin.

[This article originally appeared in print as "Human Origins."]