Everything Worth Knowing About ... Animal Intelligence

Humans aren’t the only brainiacs 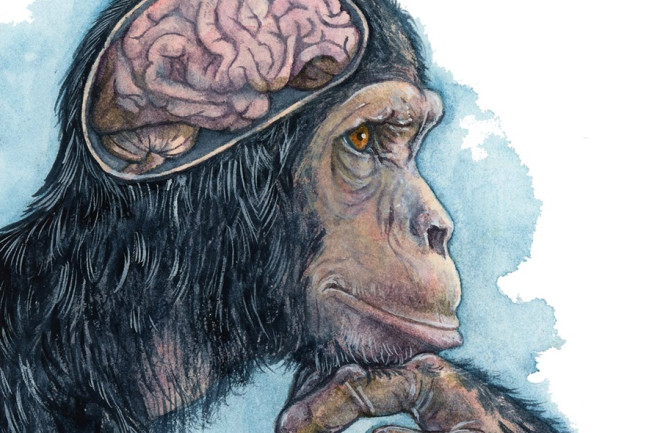 The Germanic god Odin tended a smorgasbord of divine duties — healing, death, poetry and knowledge among them — but he might have been a somewhat less powerful one-eyed immortal without his animal helpers. According to Norse texts, ravens named Thought and Mind sat on the god’s shoulders, departing every morning to spy on humans for him.

The old myths about clever animals may have been closer to the truth than science has been for much of its history. Until fairly recently, animals were considered to be unthinking machines and humans the only truly intelligent species. But aided by new tests that allow animals to show their smarts unhobbled by human preconception, scientists have discovered that there may be more similarities between human and animal intelligence than differences. To paraphrase an old hymn: All creatures great and small, we appear to have a cognitive kinship with them all.

Humans admire bee efficiency, but generally assume they are just tiny, well-programmed robots. Researchers are now uncovering a range of brainy skills previously thought to be exclusive to larger animals. In the Bee Sensory and Behavioural Ecology Lab at Queen Mary University of London, Lars Chittka and his colleagues found that bees count in simple ways and recognize faces. More recently, the Chittka lab has found that bees can be trained, using drops of sucrose as a reward or drops of quinine as a deterrent, to distinguish between two different colors more accurately and more quickly. The lab is also studying how bees copy each other. Chittka is testing this social learning in the lab by observing how inexperienced bees learn the quickest routes to flower patches by mimicking seasoned foragers.

Those lucky enough to have seen a pair of dolphins bounding across the water know how playful they can be.

Hunter College comparative psychologist Diana Reiss, who has studied dolphin behavior since the 1980s, discovered that they’re also able to communicate in surprisingly sophisticated ways. In one experiment, she installed an underwater keyboard that functioned as a vending machine. Each key had a different symbol, emitted a specific whistle when pushed, and delivered a treat — balls, hoops or rubs.

The dolphins quickly learned the associations, but what really intrigued Reiss was how they imitated the keys’ whistles and even combined the whistles as they invented new games involving both hoops and balls. The study offered the first glimpse of the process of vocal learning in dolphins.

Now, Reiss wants to get a better understanding of how individual dolphins embed newly acquired whistles in their interactions. “We’re separated by 95 million years of evolution, and we haven’t made much progress understanding their communication,” says Reiss.

Ravens, it seems, never forget a beaked face. In the wild, the birds live in groups until they select mates, then each pair diverges into a solitary, conjugal life.

In the lab, researchers mimic these social arrangements and keep pairs in separate aviaries. But the ravens remember their old comrades from group life and recognize their recorded calls, reacting one way to birds that were their friends and another to ones that were not.

Jorg Massen and his colleagues at the University of Vienna conducted a study that looked at the birds’ understanding of third-party relations. They wanted to know whether ravens have a mental representation of the way others should act. It appears they do.

Working with one group of birds, Massen’s team played recorded calls of other ravens the birds had observed but hadn’t interacted with. They chose calls that would deliberately upset the hierarchy — for instance, playing the submissive call of a No. 2 bird after a dominance call from No. 3. They found that the birds had little patience for rebelliousness, even in groups other than their own. “It represents a turnover in rank, and they react strongly to it,” Massen explains. “If this were The Sopranos, it would be as if one of the underbosses were shouting at Tony.”

Animals like chimps and dolphins are famed for their intelligence. But new evidence reveals cleverness in creatures considered primevally dumb: reptiles.

“If we’re going to understand the evolution of the brain and of intelligence, we have to look across the gamut of species,” says Anna Wilkinson of the University of Lincoln in the U.K. When trained to hit a blue dot on a touch screen with their beaks, her red-footed tortoises used what they learned in a real-world situation. Placed in an arena, they headed straight for a blue bowl that resembled the dot on the screen.

Wilkinson says the tortoises performed the touch-screen task better than dogs, perhaps because they must fend for themselves as soon as they’re hatched. Her work with tortoises and lizards challenges the idea that social interactions, rather than the physical environment, select for intelligence. “You do see impressive cognition among animals with complex group living, but there hasn’t been much exploration of cognition in less social animals,” Wilkinson says. “I think the cognitive abilities of reptiles will receive a lot more attention in the future.”

Scientists have known since the early 20th century that chimps are capable strategists — they’ll stack boxes to reach a dangling bunch of bananas, for instance.

In 2015, Harvard researchers Alexandra Rosati and Felix Warneken decided to see whether the primates were able to handle something assumed to be exclusively human: cooking. We cook so routinely that it may seem like a no-brainer, but it requires a number of cognitive abilities, including self-control, causal reasoning and planning. At the Tchimpounga Chimpanzee Rehabilitation Center in the Republic of the Congo, Rosati and Warneken offered chimpanzees a choice: They could place raw slices of food in a device that would return it to them uncooked, or in another that would deliver cooked slices.

The team didn’t give the chimps the chance to do real cooking out of concern that they might mimic humans they’d witnessed cooking, or that they’d burn themselves. The chimps, which favored the cooked food and even moved raw slices from the other device over to the “oven,” showed they had some of the basic cognitive skills for cooking, but Rosati says it’s unlikely that they’ll start gathering for potlucks. “You need to be able to sit around and share for a human-like cooking system to emerge, and chimps have a difficult time with that.”

If Animals Are Smart, Where Does That Leave Us?

Hearing about the cleverness of animals makes some people a little uncomfortable.

“People want to be special,” says Jennifer Vonk, a comparative psychologist at Oakland University in Michigan who studies bears, cats and other animals. “Every time a researcher finds that tool use or theory of mind or language-like communication is not unique to humans, somebody comes up with new categories that raise the bar.” But primatologist Frans de Waal, a leader in the animal cognition field, suggests it’s time we wipe our minds of the Aristotelian notion of the scala naturae, which placed animals in a hierarchical ranking of complexity with humans at the top.

“Animal cognition is more like a bush,” de Waal says. “The corvids [crows and ravens] branch in one direction, the dolphins in another, the primates, including us, in another. You can’t put them on a simple scale, because all animals are very smart in what they need to do to survive.”

[This article originally appeared in print as "Animal Intelligence."]