Everything Worth Knowing About ... Ancient DNA

The lure and limitations of a coded past. 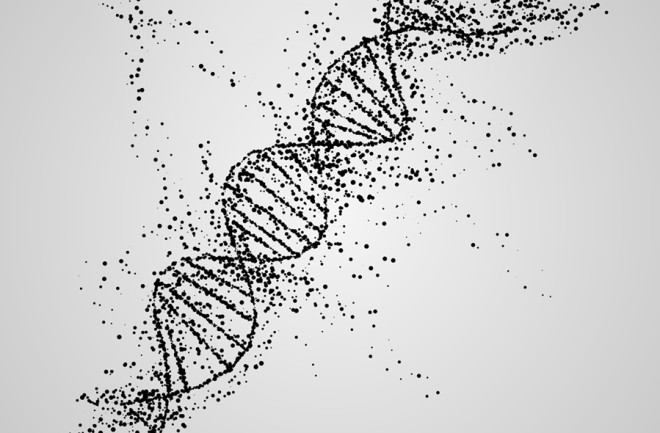 In 1984, geneticists recovered 229 base pairs of genetic code from a quagga, a subspecies of zebra extinct since the late 1800s. The achievement proved DNA could survive in dead things and spurred a new field of science: paleogenetics. Today, technological advances allow scientists to read billions of letters from the genomes of ancient humans and other organisms, transforming our view of history and evolution.

The genetic record is “like a lost library ... and we’re just starting to learn the language of all those books that we have uncovered,” says Johannes Krause, director of archaeogenetics at the Max Planck Institute for the Science of Human History in Jena, Germany.

For anthropologists, ancient human DNA (aDNA) provides insights that could not be gleaned from fossils or artifacts. It’s already settled some major debates, including whether modern humans interacted with Neanderthals. Ancient genomes show definitively that our ancestors not only met, but mated with Neanderthals — multiple times — between 40,000 and 100,000 years ago.

In 2015, aDNA confirmed that Kennewick Man, an 8,000-year-old skeleton found in Washington state in 1996, was genetically closest to Native Americans. The revelation ended a 20-year legal battle and allowed tribes to rebury the bones.

Ancient DNA has also brought surprises. In 2010, the genome of a pinky bone from Siberia revealed the existence of Denisovans, a previously unknown type of human that lived around the time of Neanderthals. Denisovan aDNA also shows they interbred with the ancestors of some living humans, contributing genes beneficial in cold environments and at high altitudes.

A decade ago, these discoveries were not possible; geneticists could only read short stretches of ancient genomes. Consequently, studies focused either on particular genes or on narrow portions of DNA: the male Y-chromosome or maternally inherited code called mitochondrial DNA. These short sequences do not reflect an individual’s complete ancestry. For that, researchers need DNA from across the full genome. Obtaining it from living humans is not difficult, but it’s a formidable challenge to extract and sequence genome-wide aDNA, which can degrade into fragments, undergo chemical reactions that change its code, and be contaminated by modern DNA.

With the recent development of specialized methods for genome-wide analysis of aDNA, “the power of archaeogenetics has really been unleashed,” says Krause.

Now encompassing a half-million years and hundreds of individuals, ancient DNA studies are revising our understanding of major events, such as the origins and spread of agriculture. Because aDNA can be used to track the evolution of diseases and human resistance to them over time, it’s also valuable to medical research. And researchers are already working on identifying the genes unique to modern humans — at the most basic level, what unites and defines our species.

1. Extraction: In a sterile lab, bones and other surviving tissues are cleaned, crushed into powder and dissolved with chemicals that isolate short DNA strands.

2. DNA soup: Despite cleaning, the extract is a soup of DNA from the sample and contaminated material, mostly microbes from soil where the remains were buried. Researchers add molecular tags that will later work like barcodes, selectively binding to DNA to inventory and find particular sequences.

3. Copies: To read the DNA quickly and accurately, computers must analyze millions of copies simultaneously. Geneticists make these copies by heating double-stranded DNA, causing it to separate; enzymes then build new double-strands from each half. Repeating the procedure makes two strands into four, then four into eight, and so forth, until millions of strands have identical DNA code and tags. Because human genomes are over 99 percent identical, researchers often selectively copy only the parts that differ.

4. Sequencing: In the final round of copying, geneticists chemically color the different nucleotide bases — better known by their letters A, T, C and G. Computers then read the code based on the order in which the colors appear, analyzing all the identical strands with matching tags at the same time to weed out any errors.

5. Authentication: Researchers use a number of clues to discard contaminants in the ancient code: For example, aDNA strands are usually shorter than 100 letters, with predictable degradation patterns.

6. Alignment: The short strands that have been read need to be arranged into their proper positions across the full genome. Software lines them up based on overlapping stretches of code and comparisons with previously sequenced reference genomes.

Don’t get your hopes up for dino DNA. Studies conducted in the 1990s, reporting genetic code from fossils over 50 million years old, have since been rejected as cases of contamination. Most aDNA has come from samples younger than 50,000 years, and from cold climates.

Although paleogenetics is advancing technologically, it will always be limited by preservation: Researchers can’t extract DNA from specimens that no longer have any.

When organisms die, their DNA decomposes. How long this takes depends on factors like temperature, burial conditions and the number of microbes making a meal of it. Calculations predict that in the optimal conditions — very cold ones — DNA could survive around 1 million years. To date, the title for oldest complete genome belongs to a horse unearthed from frozen ground in Yukon, Canada, and dated to be 560,000 to 780,000 years old. The oldest DNA from a member of our Homo genus is a fragment of genetic code from 430,000-year-old Neanderthal ancestors found in Spain’s Sima de los Huesos cave, which stays at a cool 50 degrees Fahrenheit.

Geneticists are starting to have success in warmer places, which is a priority because most of human evolution occurred in Africa. Recently, they discovered that DNA preserves best — with up to 100 times higher recovery rates — in the petrous bone. Samples of this tiny, dense part of the skull from places such as the Middle East have yielded aDNA that’s up to 12,000 years old.

The first big discoveries in paleogenetics came from chance specimens with well-preserved aDNA. Researchers learned whatever they could from the available sequences. With today’s aDNA capture methods, geneticists can analyze hundreds of ancient genomes to answer specific questions. The emerging genetic history spans the globe from 430,000 years ago to today, representing both individuals and entire populations.

In 2014, researchers recovered the genome of Anzick-1, an infant buried with Clovis tools, artifacts from the first widespread culture in the Americas. The results confirm that Native Americans mostly descend from Siberians who migrated several thousand years before Anzick lived.

Tuberculosis in the Americas is thought to have arrived with European colonists, although earlier indigenous skeletons show signs of the disease. A 2014 study found tuberculosis bacteria DNA in 1,000-year-old Peruvian bones; in a surprise twist, it was not the European strain, but one likely contracted from seals.

Researchers in 2016 salvaged about 50,000 base pairs of genetic code from fossils excavated years before in the Sima de los Huesos cave. The aDNA confirms what many archaeologists have long believed: The Sima hominins were Neanderthal ancestors.

aDNA from 51 individuals reveals the earliest modern humans to reach Europe went extinct; those arriving in subsequent waves, starting 37,000 years ago, left descendants who remain to this day. There may also have been a migration of Near Easterners into Europe roughly 14,000 years ago, detected for the first time by aDNA analysis in 2016.

Oase 1, the jawbone of a modern human found in 2002, contained over 99 percent contaminant DNA. But in 2015 researchers sequenced enough authentic code to show that the man had a Neanderthal ancestor a mere four to six generations back.

In 2015, geneticists discovered aDNA from plague-causing Yersina pestis bacteria in the teeth of Bronze Age Eurasians, revealing that less-contagious strains infected people millennia before historically documented pandemics. The bubonic types responsible for the medieval Black Death and recent outbreaks emerged about 3,000 years ago from a mutation that made Y. pestis flea-borne.

Samples of aDNA from one finger fragment and three teeth found in Siberia revealed Denisovans, a newly discovered type of extinct human. The same site also yielded a toe bone, which produced the highest-quality Neanderthal genome sequenced so far.

Analyses of hundreds of genomes show how early Middle Eastern farmers spread to Europe, mixed with hunter-gatherers and adapted to agricultural diets, including through a lactase gene mutation that allowed people to drink milk after childhood.