Ever Dreamed of Becoming an Astronaut? Now's Your Chance 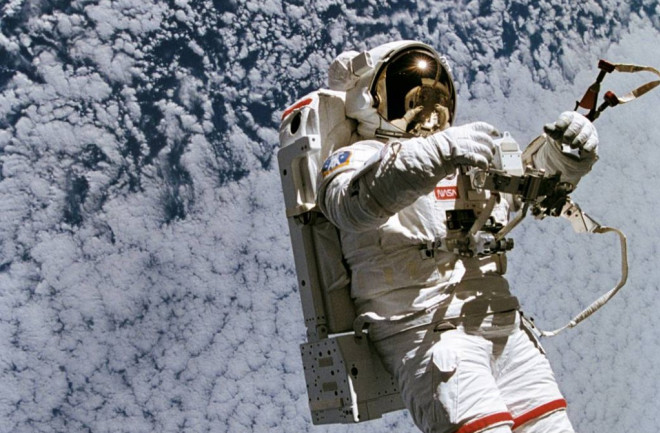 Astronaut Mark C. Lee floats freely above Earth as he tests equipment in a 1994 spacewalk. (Credit: NASA) Looking for a new job that will literally take you places? On Monday, NASA started receiving applications for the astronaut class of 2017. Members from this class will participate in an unprecedented transition at NASA as one of the approximately four American astronauts who visit the International Space Station (ISS). The new crop of astronauts will also comple commercial crew spacecraft missions, and perhaps even strap into Orion vehicle for deep space. And by meeting a few preliminary qualifications, you have a chance to play a direct role in these exciting times — and collect a paycheck.The Right Stuff Since I was a space-crazed teenager, I've glanced at this most out-of-this-world want ad when it's posted every few years. I’ve since grown up to be an astronomer who loves to explore, and I've decided to take the plunge this year and apply for a chance to experience space above terra firma. Today, the job requirements for an astronaut are vastly different than the intense requirements of the test pilot Mercury astronauts, but some basic qualification requirements remain the same:

Fierce Competition Even if you get your application in, the odds of launching are still astronomical. During the last recruitment phase, NASA received 6,300 applications through USAJobs.gov, and ultimately picked just eight astronaut candidates.

Astronaut Scott Kelly at work during a Nov. 6, 2015 spacewalk. (Credit: NASA) Getting selected requires an extensive multi-interview process that pits you against some of the brightest Americans, and the competition is stiff. That said, I do have a colleague at the University of Arizona who applied to be an astronaut many years ago. He got as far as the interview stages at the Johnson Space Center in Houston. He wasn’t ultimately selected, but he still views the process as a highlight of his life, because he met an elite group of scientists, engineers, teachers, and pilots who were all enthusiastic and motivated about what they do. With all that, I should mention that when reading the requirements this year I realized with a start that for the first time in my life I — an American astronomer with excellent vision and hopefully acceptable fitness — qualify for the astronaut corps. As someone who loves to explore and study the universe, it is amazing to imagine doing these things in space, so I think I’ll submit an application this time — just in case I make the cut.