Even Monkeys See Faces in Things 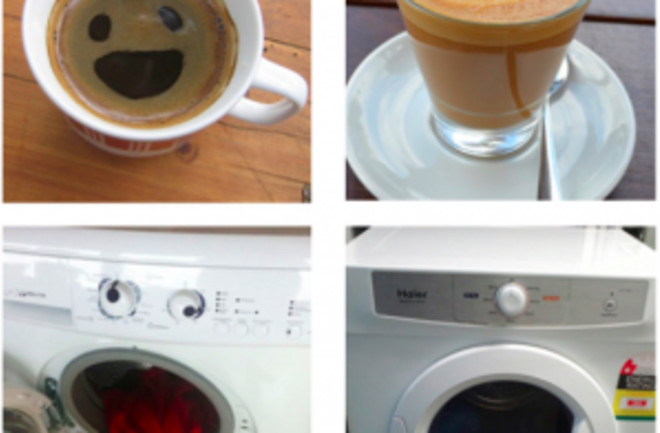 The impression that your cup of coffee is laughing at you, or that your laundry machine has googly eyes, is uncanny but common. It's even the subject of a Twitter account called Faces in Things with more than half a million followers. The account has featured winking chairs, moping suitcases and a smug lemon loaf. But this illusion, called face pareidolia, isn't uniquely human — monkeys can see it too.

Face pareidolia could be a side effect of humans' skill for abstraction, write psychologist Jessica Taubert of the National Institute of Mental Health and her coauthors. Or it could happen because we're exposed to so many cartoons and illustrations that anthropomorphize non-human objects. On the other hand, maybe the illusion isn't so special, and comes from traits that we share with other primates.

To find out whether monkeys experience face pareidolia, the scientists studied five rhesus macaques in the lab. During the experiments, each monkey saw pairs of images on a computer screen. The pairs included 45 different photos in every possible combination. Fifteen of the photos were the kinds of pictures that might appear on Faces in Things: frightened bell peppers, a shy kiwi fruit, and so on. (A separate group of human subjects had confirmed that these objects looked like faces.) Fifteen more photos were matched images that didn't look like faces: regular peppers, a featureless kiwi. And the remaining pictures were the real faces of rhesus macaques.

The researchers used gaze tracking to measure how long the monkeys stared at each image in the pair. Monkeys, like humans, are known to spend longer looking at faces in a setup like this.

The macaques in the study spent more time looking at face-like objects than at ordinary objects — or at the actual faces of monkeys. They especially focused their gaze on the "eyes" and "mouths" of the illusory faces. The results were so consistent that a computer program could predict from a monkey's eye movements whether it was looking at a fake face or its matching faceless object.

The authors think the best explanation for their results is that macaques experience the same illusion we do.

"The underlying cause of this illusion is most likely common to both humans and rhesus monkeys," they write.

This makes sense, given that similar brain areas in both species respond to seeing faces. Maybe it's helpful for monkeys and humans—which are both social creatures—to have facial detection systems that are "broadly tuned," the researchers say. If we see facial features in peppers and washing machines, we're sure not to miss the face of a fellow animal.