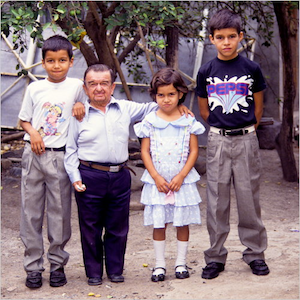 Nicholas Wade reports today in the New York Times on a tantalizing study that may offer some insight into the evolution of aging, the subject of my recent Darwin Day lecture. An extended family in Ecuador carries a mutation that seems to leave them completely free of cancer and diabetes. The mutation affects a growth hormone receptor on their cells, so that the cells produce low levels of a growth factor. As I mentioned in my lecture, scientists have studied animals with this same mutation, and they can live to amazingly old ages--the life span of C. elegans worms doubles, for example. The story with the Ecuadorians is not cut and dried, however. While they may be blissfully free from cancer and diabetes, they don't live to be 160 years old. They die at a normal age of other causes. What's more, as I mentioned in my lecture, the Methuselah worms trade long life for reproductive success--a prediction that comes out of evolutionary theory. There's one obvious trade-off that the Ecuadorian family experiences: they have a severe form of dwarfism. On the other hand, their mutation does not cause any obvious reduction in reproductive success. (This picture is of a man from the family with his children.)

Since the subject of trade-offs didn't come up in the paper itself, I contacted Valter Longo, one of the co-authors, to find out more. Here's his reply:

They seem to be generally normal. However, it would be very surprising if they did not have at least some reduced reproductive capability. In fact, we are studying the equivalent GHR deficient mice, and it is very difficult for them to reproduce when they have 2 copies of the mutation. Naturally, this would not be an issue if the GHR signaling deficiency was obtained with a drug that blocks the receptor, since a person could get off the drug temporarily to reproduce and then get back on it. Nonetheless, the Laron in Ecuador, can reproduce and some of them have large families. In all cases, as far as I know, they married someone without the syndrome.

So this study is probably not going to produce a quick-fix panacea, but it certainly is a fascinating natural experiment.