Empty Nesters: Pigeons on the Pill See Their Egg-Laying Thwarted 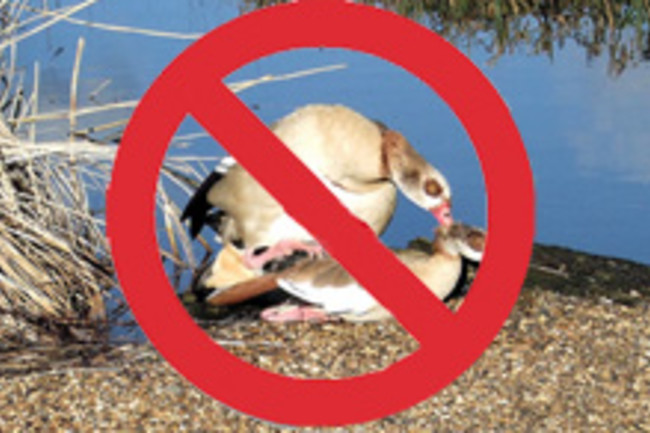 After almost hunting them to extinction back in the 1970s, not to mention the effects wrought by DDT, now we humans are putting geese on birth control. And pigeons. And white-tailed deer, if the EPA approves the application currently in its hands. OvoControl is an oral contraceptive now available for geese and pigeons that was developed by a former pharmaceutical employee and the National Wildlife Research Center in Colorado. The formula for the pill sprouted from a drug that was developed years ago to prevent a fatal illness in chickens, but had the unintended side effect of preventing eggs from hatching. It has now been developed by Innolytics, a California-based company, into a chewy, wheat-based pill for Canadian geese and pigeons. It is currently available for purchase by licensed pest control operators and government agencies. Meanwhile, GonaCon, a one-time injectable immunocontraceptive, is currently awaiting approval for commercial use on white-tailed deer. Essentially, it is a hormone that keeps the deer's reproductive cycle from, well, starting. Researchers like it because, unlike most vaccines, it doesn't require a booster shot, and could prevent pregnancy for up to five years. It has already been injected in 60 elk in Colorado’s Rocky Mountain National Park and researchers say it seems to be working well. Related Content: Discoblog: No Kidding: Goat Condom Keeps Herds Chaste DISCOVER: How Often Do Animals Get STDs?