Elephants Can Distinguish Between Human Voices 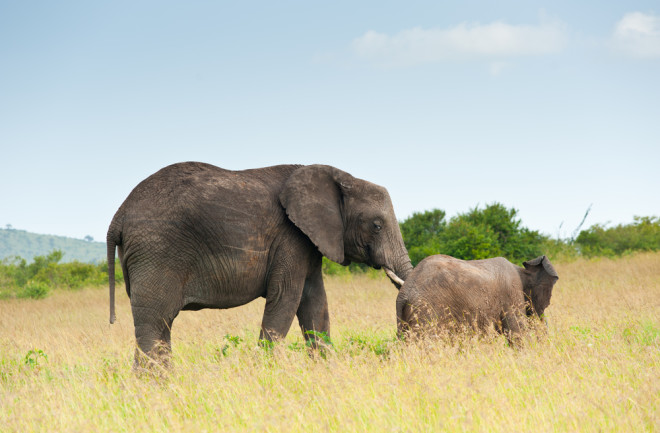 In the shadow of Mount Kilimanjaro in Kenya’s Amboseli National Park, encounters between humans and elephants are occurring more frequently as civilization encroaches on the few remaining wildlife habitats. Sometimes, these encounters have violent consequences.

The findings, published in the Proceedings of the National Academy of Sciences, demonstrate the advanced intelligence of these large-brained mammals.

Elephants roaming the Amboseli will generally encounter people from either the Maasai or Kamba ethnic groups. The Kamba live a predominantly agricultural lifestyle and rarely clash with elephants. Maasai, on the other hand, raise livestock and often battle elephants for access to grazing land and water.

Knowing that bad blood exists between elephants and the Maasai, researchers recorded voices of Maasai and Kamba males saying “Look, look over there, a group of elephants is coming” in their own languages. They also recorded the voices of Maasai women and children saying the same thing. Then, they followed approximately 58 elephant families and played the voices to test elephants’ responses.

When researchers played a Maasai male voice, elephants immediately started sniffing the air for danger and retreated into a bunched, defensive formation. By contrast, the elephants were unfazed by the Kamba male voice. Further, elephants didn’t seem to mind the voices of Maasai women and children.

Even when researchers re-synthesized the Maasai male voice so it resembled a female’s, the elephants still recognized it was male and acted defensively. The results indicate that elephants can pick up even the subtlest vocal cues to assess the level of a threat.

Quickly determining the threat level of an approaching animal or human is very important for survival. Unnecessarily retreating from harmless people and animals is detrimental to the health of an elephant family group. Constantly running from things that are harmless consumes a lot of energy and it's just plain stressful.

Therefore, elephants need to intelligently decide when to run and when to stay put. This study is the first to show detailed human voice discrimination in a wild population of large-brained, long-lived mammals. The findings suggest that mammals with the mental power of elephants can distinguish between subsets of human predators.

Researchers hope future studies will examine whether the same abilities are present in other intelligent animals. In this video, elephants retreat to a defensive position after hearing the recorded voice of a Maasai male.