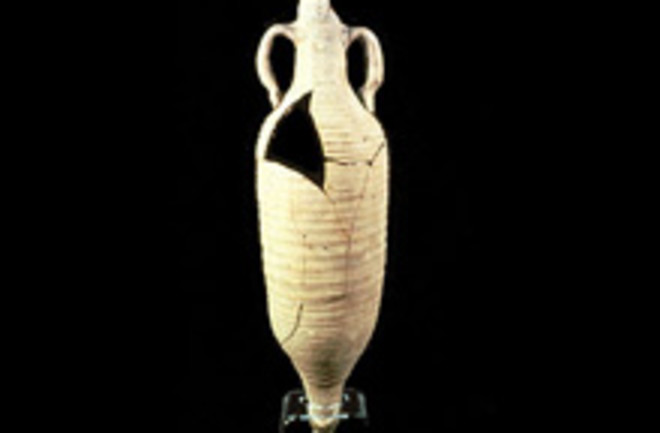 About 5,000 years ago the ancient Egyptians were already mixing herbs and tree resins into their wine to make natural medicines, according to a new analysis of the chemical traces left behind in wine jars.

The early Egyptians "were living in a world without modern synthetic medicines, and they were very aware of the benefits that natural additives can have—especially if dissolved into an alcoholic medium, like wine or beer," which breaks down plant alkaloids [National Geographic News]

Literary evidence of such drinks had already been brought to light. Ancient Egyptian papyri dating from about 1850 B.C. contained recipes for concoctions to treat a variety of ailments, with many of the recipes involving wine mixed with herbs.... But scientists had not found remnants of any such health-preserving beverages until now [Science News]

. The new findings also push back the date at which Egyptians were known to be dabbling in medicinal mixology by more than 1,000 years. The chemical compounds found in the ancient jars may have come from coriander, mint, sage, rosemary, and pine tree resin, researchers say. For the new study, published in the Proceedings of the National Academy of Sciences, researchers analyzed two ancient jars spanning the history of the ancient Egyptian kingdom.

One of the jars dates from circa 3150 B.C. and was found in a tomb in Abydos in upper Egypt. The tomb belonged to one of the first pharaohs, Scorpion I. The other jar dates from between the fourth and sixth centuries A.D. and was found in the Gebel Adda site in southern Egypt. “We deliberately chose samples from an early and a late time point in ancient Egyptian culture,” McGovern says [Science News].

McGovern wants to do more than just study the Egyptians' wine vessels; his next step, he says, is to use

biomolecular analysis to uncover the ancient wine-medicine recipes and hopefully put them to the test. "We're trying to rediscover why ancient people thought these particular herbs were medically useful," he said, "and seeing if they are effective for the treatment of cancer or other modern diseases" [National Geographic News].