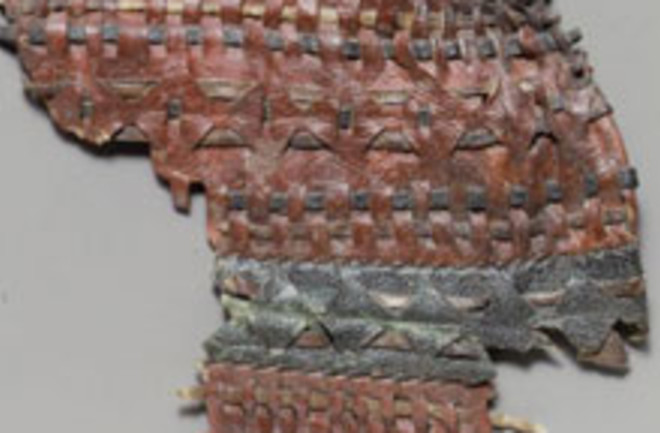 By using a newly refined technique to analyze tiny bits of red pigment from an ancient Egyptian quiver, a researcher has found that a dye known as madder was used 4,000 years ago. Until now, the oldest relic containing madder dated to about 1,200 B.C., according to a study published in the journal Proceedings of the National Academy of Sciences. Analyzing ancient pigments is difficult because often not very much pigment remains on a relic, while at the same time, removing a large chunk of the dye for analysis would destroy the object. In this study, however, the researcher was able to analyze the dye without damaging the relic by refining

a technique called Raman spectroscopy, which relies on the scattering of light to study materials. That process is not generally suitable for studying madder or some other dyes, but Leona enhanced the result using tiny metal particles that could amplify the findings and detect even very low levels of chemicals [AP]. The quiver dates back to

2124 to 1981 B.C. and is about 700 years older than any previous madder remnants. Knowing which dyes were used, and when, can provide clues as to the trade and other practices of the era. For example, this pigment required knowledge of the complex chemistry necessary to extract a plant pigment and convert it into a dye. In addition, chemical profiles of colored material can tell a detailed story about when, where, how, and sometimes even by whom a piece of art was made.... "They correspond to major industries, commerce and technology," [author Marco Leona] says of the dye advances. The organic pigments can also be studied to identify forgeries and match similar works of art