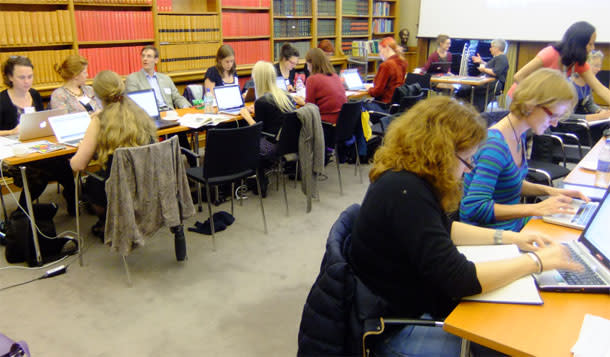 Last Friday, a group of volunteers gathered in the Royal Society in London to edit female scientists into the history books—or at least, into Wikipedia. Their goal was to start fixing the online encyclopaedia’s comparatively thin information about women in science and technology. I attended the “edit-a-thon”, reporting for Nature. Before I turned up, I wondered about the rationale behind holding a specific event to edit Wikipedia, which can be done at any time and place. I also wondered how much the editors could accomplish in just 3.5 hours. Both concerns were addressed on the day, and in the piece. Take a look. Also, there was an Ada Lovelace/Wikipedia cake.