Economists Are Vastly Underestimating the Economic Impact of Climate Change

Economists are expecting a tiny reduction in GDP despite climate science suggesting far more dramatic consequences, according to a new study. 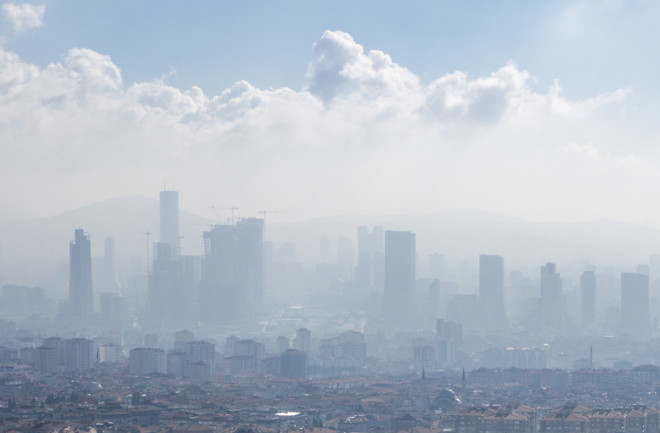 When it comes to the climate emergency, the scientific consensus is clear: human activity is heating Earth more rapidly now than at any point in the last 2,000 years. This is causing rapid, widespread changes to our oceans, our atmosphere and our biosphere.

The effects will continue for decades, possibly centuries, to come with dramatic increases in extreme weather events, such as heat waves, forest fires, hurricanes, flooding, ice melts and sea level rises. Indeed, this increase in extreme events is already upon us.

Parts of the planet are likely to become uninhabitable, where temperature increases will make it impossible to live or grow food. And that is likely to trigger patterns of migration with global consequences.

It’s easy to imagine that these changes will have a huge impact on the global economy and our ability to maintain the quality of life we enjoy today.

But according to economists, the economic impact of all this climate change is likely to be minimal. “Economists have predicted that damages from global warming will be as low as 2.1 percent of global economic production for a 3◦C rise in global average surface temperature, and 7.9 percent for a 6◦C rise,” say Steve Keen, at University College London and a group of colleagues.

Now, this team has examined the approach that economists have taken and say it is riddled with misconceptions and lacking in a basic understanding of climate science. And the predictions of economists have led to a number of significant missteps by policy makers, for example, in the pricing of carbon.

That needs to change. Instead, the team say predictions about the future of the global economy must be based on evidence-based science so that policy makers can best decide how to plan for the future.

First some background. Predicting the future of the global economy is notoriously difficult. Nevertheless, economists have developed a number of models to evaluate the potential impact of climate change. Perhaps the most influential is the Dynamic Integrated Climate Economy, or DICE, model developed by William Nordhaus, an economist at Yale University in New Haven.

The DICE model has hugely influenced thinking about the economic impact of climate change. In 2018, Nordhaus received the Nobel Prize in economics for his work on “integrating climate change into long-run macroeconomic analysis”.

But now Keen and colleagues say there are serious flaws in the way this and other models represent the impact of climate change. That’s why they predict such a small impact when the change to the climate and our way of life will be massive.

The team says that these models do not properly take scientific thinking into account. For example, climate scientists agree that an important property of Earth’s climate is the existence of tipping points in which climate subsystems switch from one state to another, often in ways that cannot easily be reversed.

These are important because they amplify the effects of warming, creating conditions in which other systems can flip in a tipping point cascade. Examples include the disappearance of summer ice cover in the Arctic Sea and the irreversible shrinkage of the Greenland ice sheet.

The big fear is that we are much closer than expected to these tipping points. The team point to one influential paper that suggested “a variety of tipping elements could reach their critical point within this century.”

Curiously, tipping points do not feature in most economic analyses of the impact of climate change. Keen and co say that Nordhaus asserts that there are “no critical tipping elements with a time horizon less than 300 years until global temperatures have increased by at least 3◦C.”

Another problem is that the DICE model assumes that the economic effects of climate change will be small compared to other factors such as new technology, population changes and so on. This does not seem reasonable when some cities and regions are likely to become uninhabitable after an increase of just 4◦C.

Indeed, the model assumes that climate change will influence just a small part of the economy. Keen and co say this is because Nordhaus seems to consider only those industries affected by the weather, which make up just 13 percent of the economy. The rest will seemingly experience negligible effects.

However, Keen and co point out that confusing weather with climate in this way is a serious mistake. “This assumption that only economic activities that are exposed to the weather will be affected by climate change can be rejected on at least three grounds,” they say.

For example, wildfires can significantly impact the output from nearby factories, not least because many people will be unable to work there. And higher outdoor temperatures that make regions uninhabitable will certainly affect factory output. “Factories without workers produce zero output,” they say. And changes in biodiversity will influence the availability of resources and have significant economic impact.

If economic models do not consider these possibilities, they are bound to under-estimate the impact of climate change.

One line of thought is that when some regions become less productive, others will become more productive. For example, crops could be grown at higher latitudes.

But Keen and co say this is unlikely to make up the difference or come anywhere near to it. They give the example of a commodity such as grain and imagine a scenario in which America’s breadbasket regions such as Idaho become hotter and less productive for grain. But in that case, grain production “will not be replaced at higher latitudes due to the poorer topsoil,” they say.

In all these cases, the economic impact is likely to be huge and devastating.

The withering conclusion from this study is that economic models are not fit for purpose. “We conclude that there are fundamental and insurmountable weaknesses in estimates by economists of the damages from climate change, such that they should not be used to assess the risks from climate change,” says Keen and co.

That’s a damning assessment and one that policy makers would do well to consider in more detail before setting out their response to climate change. These are decisions we need to make now; we cannot afford to get them wrong.