The magnetic North Pole has left Canada, passed the geographic pole and is now heading towards Siberia. 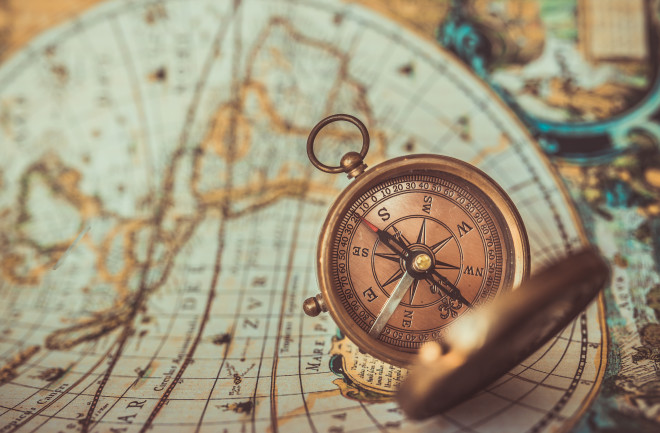 In 1831, the British explorer James Clark Ross determined the position of the magnetic North Pole to within a few miles for the first time. He found it on the Boothia Peninsula in Nunavut, northern Canada where he and his team camped in the “snow huts of a recently deserted Esquimaux village”.

Even then, the pole was known to move, albeit slowly. Some 70 years later, the Norwegian Amundsen rediscovered it nearby and over the next ninety years, it migrated slowly northwards at a rate of up to 15 kilometers (just over 9 miles) per year.

Then, in 1990, it suddenly began to accelerate northwards. In 2017, it passed the geographic North Pole and is now heading south towards Siberia.

Scientists usually update the position of the magnetic pole every five years. But in 2019, the movement was so fast and unexpected that scientists were forced to issue an extra, irregular update so that navigation devices that rely on it could be corrected.

That raises a significant question. What is causing the magnetic pole to move so quickly? And will it ever return to Canada?

Now we get an answer thanks to the work of Philip Livermore at the University of Leeds in the U.K., and a couple of colleagues, who say the position of the pole is the result of a tug-of-war between two patches of negative magnetic flux sitting below Canada and Siberia. In recent years, the Canadian patch has significantly weakened allowing the Siberian patch to pull the pole in its direction. And they say their model predicts the pole will continue to move towards Siberia by up to 660 kilometers (370 miles) in the next decade.

First, some background. Earth’s magnetic field is generated in the planet’s iron-rich core. Like all magnetics it has a north and south pole. Their exact position on the Earth’s surface depends on how the field is bent and attenuated by the Earth’s mantle.

On the Earth’s surface, the magnetic pole is defined as the place where the magnetic field is perpendicular to the surface and where a freely swinging magnetic needle would point straight down. Ross and Amundsen determined its position by watching the orientation of such needles. Since 1990, however, satellites have been monitoring the field continuously and this has led to a much more accurate determination of the position.

Earth scientists have long known that the exact position is related to two patches of relatively strong magnetic fields that sit below Canada and Siberia. Indeed, these patches are involved in a tug-of-war that pushes and pulls the pole back and forth, says Livermore and co.

In recent years, the balance between these patches has changed.

“Between 1999 and 2019, the Siberian patch showed a slight intensification from, while the Canadian patch decreased significantly in absolute value,” says Livermore and colleagues. “Together, these caused the direction of travel of the north magnetic pole to be towards Siberia.”

To work out why this change occurred, the team has simulated the change in magnetic field strength in Canada and Siberia and then used the results to determine what kind of changes in the Earth’s core could have caused them.

They say this happened because of a change in the flow of liquid iron in the Earth’s core in the 1970s and the way the corresponding change in the magnetic field diffused through the mantle to the surface.

They go on to say that the pole is likely to continue its journey to Siberia in the short term.

“A range of simple models that capture this process indicate that over the next decade the north magnetic pole will continue on its current trajectory traveling a further 390-660 km towards Siberia,” says the team.

However, the model is unreliable over longer times scales. Nevertheless, the team says that the past pattern of movement on these timescales may be indicative of future behavior.

“Over the last 7000 years it seems to have chaotically moved around the geographic pole, showing no preferred location,” says Livermore and co.

In other words, wherever it goes, the magnetic north pole is unlikely to stay there for long.