Earthquake Swarm Off the Coast of Oregon and California 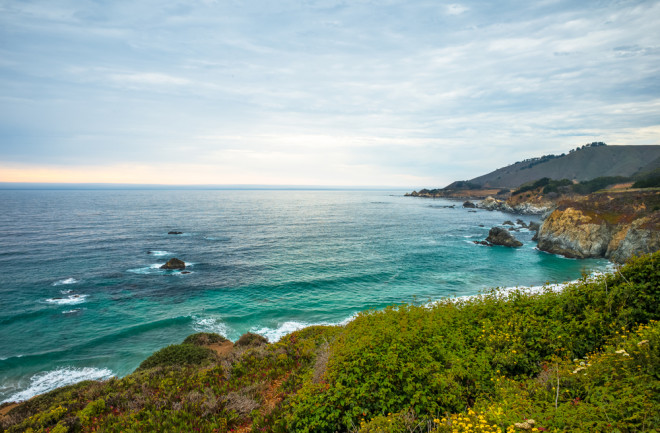 One thing that many people in the Pacific Northwest are holding their breath for is “The Big One” — the next recurrence of a massive earthquake in the Cascadia Subduction zone. This earthquake could be greater than a magnitude 8 and cause immense damage to cities like Portland, Seattle and Vancouver. This hypothetical earthquake could even potentially trigger a tsunami that will cross the Pacific Ocean just like a similar temblor in 1700 did when waves washed ashore in Japan. It is a serious threat that could happen next week … or in 200 years.

Sources of potential earthquakes in the Cascadia subduction zone. The Big One will be similar to the 1700 earthquake. USGS.

Sources of potential earthquakes in the Cascadia subduction zone. The Big One will be similar to the 1700 earthquake. USGS.

With all that being said, not all earthquakes in the Pacific Northwest are the same. The Big One will be generated by the stress built up as the Juan de Fuca plate off the coast of Oregon, Washington, California and British Columbia slides underneath North America (see above). The plates can stick, creating stress that is sometimes released as giant earthquakes (and many smaller ones). The “snapping” back of the plate can create tsunamis, just as we saw in 2004 off Indonesia and 2011 off Japan.

However, those aren’t the only earthquakes that might be felt in the Pacific Northwest. The volcanoes of Cascadia, formed from the same subduction that is going on with the Juan de Fuca plate, can generate earthquakes as magma moves underneath them. Smaller faults that are far inland and shallower than the boundary between the two plates can also accumulate stress and form earthquakes that tend to be smaller (but potentially as damaging if they were to happen under a big city).

Locations of the July 24-25, 2018 earthquake swarm off the coast of Oregon and California. USGS.

Locations of the July 24-25, 2018 earthquake swarm off the coast of Oregon and California. USGS.

The current earthquake swarm off the coast of Oregon and California (see above) is yet another way earthquakes are generated. At least 11 earthquakes that were as large as M5.6 have shaken the seafloor ~200 kilometers (125 miles) from Crescent City in California. The largest of these were weakly felt along the coast and didn’t generate any tsunami of any kind. It has definitely gotten people’s attention, but this isn’t a precursor to the The Big One.

Instead, these earthquakes are happening along part of the mid-ocean ridge where the Pacific Plate is moving away from the Juan de Fuca plate. Instead of the Big One and other earthquakes formed by plates coming together, these earthquakes were from extension — plates or parts of plates spreading away from each other. They occurred within ~40 kilometers (25 miles) of the Juan de Fuca spreading ridge, where magma rises and pushes the plates apart. So, earthquakes like these are fairly common off the North American coast.

This is a very different setting than where the Big One will strike. The most likely place for that will be underneath the coast of North America once the Juan de Fuca plate dives under the continent (see above). Unfortunately, there is no way to predict when this earthquake will happen. Geologists can offer forecasts of probabilities much like meteorologists — a likelihood of an earthquake of a certain size within some number of years. Right now, there is a ~4.5% probably of the The Big One in the next 50 years. That might not seem like much, but for earthquakes, that is a probability we should all take seriously. Being prepared is the best way to survive an earthquake.