Down to the Wire With Gustav 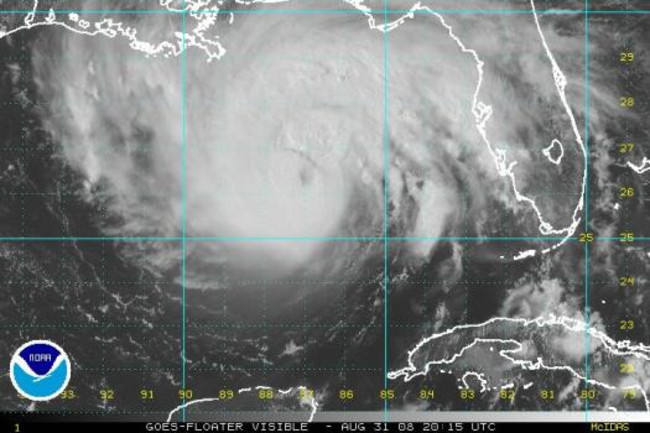 There is so much to worry about with this storm...and also, just maybe, a ray of hope. Gustav has not explosively intensified over the Gulf of Mexico loop current, as feared. It is now a 100 knot Category 3 storm, with some intensification forecast before landfall, but not too, too much. Meanwhile, the landfall forecast is shifting to the left/west...a trend which, if it continues, could be quite a good thing for New Orleans. (Eric Berger certainly thinks so; Jeff Masters though is still very worried.) The point is, this one is going to go down to the wire. I can't say, and neither can anyone else, precisely where landfall will occur, at what intensity and with what storm surge, and thus whether the New Orleans levees will hold (if they're actually as strong as they're supposed to be). I'm definitely glad that my family got out of town days ago. But I can certainly hope, can't I? After all, I remember well that before Katrina, there were storms like Ivan, Georges...both of which threatened New Orleans and caused evacuations, but ultimately didn't turn out as dire as once feared. Let us hope that the same will be said of Gustav.