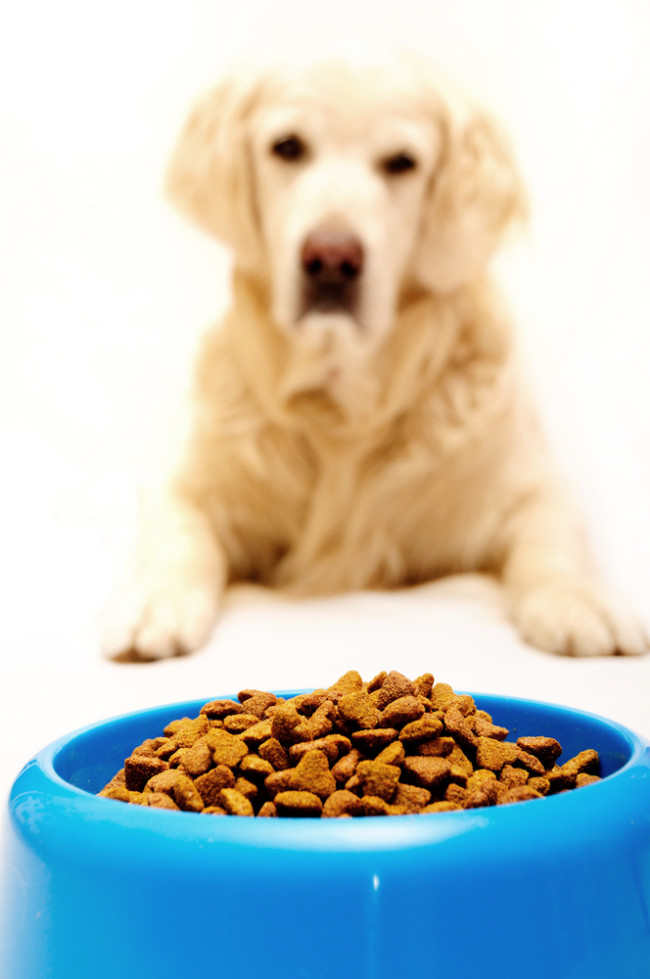 We humans may love to accessorize our pets with colored dishes, collars and toys, but the received wisdom is that dogs probably don't care. In earlier tests of color vision, scientists reported that color just wasn't that crucial to dogs in their daily activities. However dogs have two types of cone photoreceptors in their retinas, meaning that they have about as much color vision as a color-blind human. And new research finds that they regularly rely on color cues. With their two cone types dogs can see blues, greens and yellows, but not any reds and oranges. It has been thought that dogs rely more on brightness than color to differentiate objects. Now a Russian research team has found, in a study of eight previously untrained dogs, that the animals overwhelmingly preferred using color as a cue rather than brightness. The team, led by Anna Kasparson of the Russian Academy of Sciences, began with the dogs outdoors in natural daylight and worked with four colors on paper squares: light yellow, dark yellow, light blue and dark blue. The difference between the lighter and darker colors was stark, thereby ensuring that brightness was a factor in the dogs’ perception.

Going to the dogs

In the first ”training” stage of the experiment, researchers paired two papers that differed in both qualities---dark yellow went with light blue; light yellow went with dark blue. These markers were placed in front of feedboxes that contained raw meat---but crucially, only one of the boxes was unlocked. Over a series of trials the dogs learned to associate the meat with the one color it was consistently marked with. To reinforce the lesson, dogs each went through 90 total trials.Then the researchers changed things around. Dogs that had been trained to associate dark yellow with a reward were now given two novel options: light yellow and dark blue. Their first choice of feedbox thus indicated whether the most salient quality, for them, was the color (yellow) or the brightness (dark) of the original marker.

Over a series of 10 tests, the dogs went for color matches more than 70 percent of the time. And for half of the dogs, color was what they based their decision on every single time. Thus they'd clearly memorized the color associated with the treat, not its brightness. The results are published in the Proceedings of the Royal Society B.

The study shows that dogs, as well as the many other mammals with two cone photoreceptors, may rely much more on color to perceive objects than was previously thought. Something to think about the next time you're making fashion decisions for Fido.