Dogs Not Great at Math (Wolves Are Better) 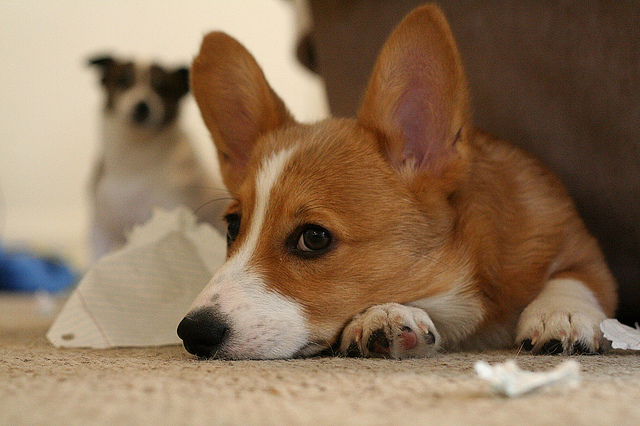 Even a brilliant dog may not be able to count as high as the number of feet she has. In a cheese cube counting challenge, dogs struggled to prove they have any number sense at all. Embarrassingly for the dogs, some wolves took the exact same test and passed it. This may be a hint about what dogs lost when they moved to a cushy life of domestication. At the Wolf Science Center in Austria, Friederike Range and her colleagues raise both wolves and dogs by hand, then train them to take part in cognition research projects. Their interest in canine counting skill isn't totally trivial. In nature, a little bit of number sense might help animals choose the best food source or hunting spot. It also helps to know whether another pack of animals is bigger than yours before getting in a fight. If dogs have any grasp of numbers, they should be able to judge two sets of food items—say, three versus four Milk-Bones—and pick the bigger snack. Earlier research found that dogs are OK at this, but only if they can see both food piles. This means they might just be judging which pile takes up more space, not the actual amounts. One way to get around this is to drop food items into opaque containers, one by one, while a dog is watching. If the dog understands numbers, it should know which container you dropped more food into. (For low numbers, anyway. No one's asking a dog to count to 100, or even 10.) But if the dog can't count, the opaque containers should stump it. A 2013 study found that dogs failed this kind of test. The Wolf Science Center researchers decided to try a counting experiment with both wolves and dogs. Like a canine math league meet, they'd pit the two species against each other. First they had to chase off the ghost of Clever Hans, a German horse who haunts all animal cognition research. Hans gained fame in the early 20th century for his apparent mathematical genius. In the end, it turned out the horse had been merely reading his handler's body language to judge when he reached the right answers. Range and her colleagues set up an elaborate experimental apparatus to prevent dogs and wolves from getting any human hints. When a researcher stood behind it, the device hid her whole body. She looked out at the dog through a slit, but wore sunglasses just in case the animal saw her eyes. 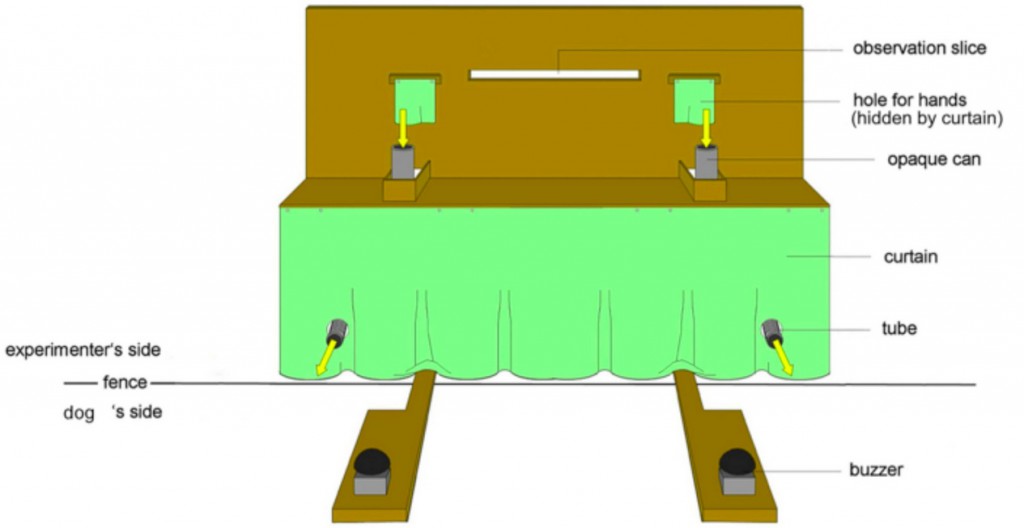 While a dog or wolf watched, an experimenter extended her hand through a hole and dropped some number of Gouda cubes into an opaque tube below. The number was always between one and four cubes, and she held up her empty hand afterward. She repeated this in a second tube, with some other number of cubes between one and four. Then the dog or wolf had to step on a buzzer to show which side had more cubes. If it chose correctly, those cheese cubes dropped out for the animal to eat. The study's 10 wolves passed this test for every possible ratio of cheese cubes. They chose correctly between two and four cubes, three and four, two and three, and so on. The wolves weren't perfect, but they got the right answer more often than not. Dogs, on the other hand, only passed the test when one tube had at least twice as much cheese as the other. The animals couldn't judge the cheese piles by size, but it was still possible they were getting clues without counting. They might be keeping track of the time it took to drop the cheese cubes, for example. So the researchers tried the test again, spacing out the smaller numbers of cheese cubes so they took the same amount of time to drop as the larger numbers. They also tried adding rocks to the experiment: an experimenter dropped the same number of items on each side, but some of the items were small stones, and the dog still had to pick the side with more cheese. Even with these controls in place, wolves picked the correct side more often than not. But dogs failed. They performed no better than if they'd been guessing. This was a small study, with only 8 dogs participating, but the results agreed with previous studies. And the researchers actually started out with 13 dogs. One was eliminated because it couldn't figure out how to work the buzzers. The other four failed out of training because they couldn't choose between one cheese cube and four cheese cubes in plain sight. So those dogs aren't making a strong case for dog math skills, either. The researchers think that when humans domesticated wolves, we may have taken away certain evolutionary pressures on their brains. With us sheltering and feeding them, it was important for dogs to be hyper-smart socially; other cognitive skills may have faded. Earlier research at the Wolf Science Center suggested that dogs may also be worse than wolves at learning things from each other. Dogs may have lost their wolfish number sense when they moved in with humans. On the other hand, they gained the opportunity to eat cheese. Who's smart now?