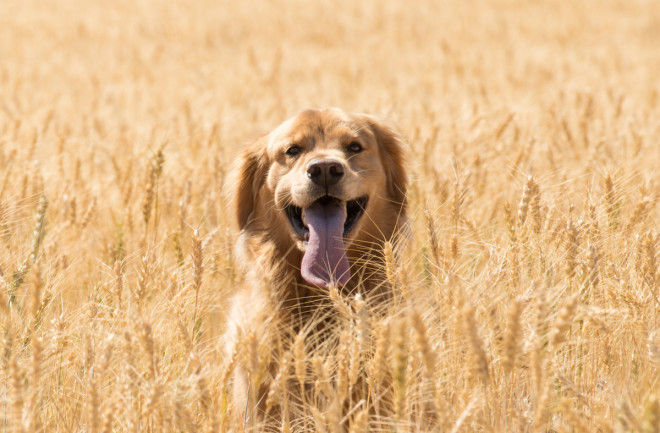 The first farmers of Europe didn’t leave anything to chance. When they migrated west from the Near East, beginning about 10,000 years ago, they brought everything they needed: crop seeds, domesticated animals, pottery and agriculture tools.

In a study published Tuesday in Biology Letters, a journal published by the Royal Society, a team of international researchers says that dogs accompanied Near Eastern farmers on their push westward. The animals, the researchers argue, were part of the Neolithic Package — a set of characteristics that define the agriculture revolution.

“The history of humans and dogs has been intimately linked for more than 15,000 years,” says Morgane Ollivier, a geneticist at the University of Rennes and co-lead author of the study. The paper’s information is “new proof of their entwinned story.”

Agriculture arose about 11,000 years ago in the Fertile Crescent in a region that today includes Iran and Iraq. Hundreds of years later, farmers from that region migrated to Anatolia, or the Asian part of Turkey. From there, many of them headed north into southeastern Europe.

Tagging along on this epic migration were dogs originally bred in the Near East. The scientists learned this by analyzing mitochondrial DNA sequences from 99 ancient European and Near Eastern dog remains spanning from the beginnings of dog domestication to about 3,500 years ago. They discovered that the farm dogs in southeastern Europe possessed mitochondrial haplogroup D — found in canines in the Near East, but not in dogs originating in Europe.

Before the farmers started arriving in southeast Europe about 8,200 years ago, the mountains, rivers and valleys in that region were occupied only by hunter-gatherers. The hunter-gatherers had dogs as well, but, according to the researchers, their animals possessed mitochondrial haplogroup C, which is not found in Near East dogs. That means the farmers’ and foragers’ dogs were part of two different groups, says Ollivier.

Other than interaction along the Danube River between Romania and Serbia, a region known today as the Iron Gates, the hunter-gatherers and first farmers in southeast and central Europe rarely met, says Joachim Burger, an archaeologist at Mainz University in Germany who was not part of the study.

That changed by about 7,000 years ago, he says, when DNA evidence reveals the groups were mixing to the extent of mating and raising families.

Meanwhile, the farm dogs were replacing the forager dogs in Europe. The haplogroup C animals, those with European roots, decrease, while haplogroup D dogs, with Near Eastern roots, increase, say Ollivier.

Ollivier and her co-lead author of the paper, Anne Tresset, director of the National Center for Scientific Research in France, are continuing to study the early European farm dogs. They are discovering that, like people, the animals adapted to an agriculture diet, which might include cereals, peas and lentils.

Ollivier sees this as further evidence of the human and canine connection. “Dog history reflects human history,” she says.