French scientists use artificial intelligence to identify the most and least aesthetic species of reef fish, raising questions about which endangered species humans choose to protect. 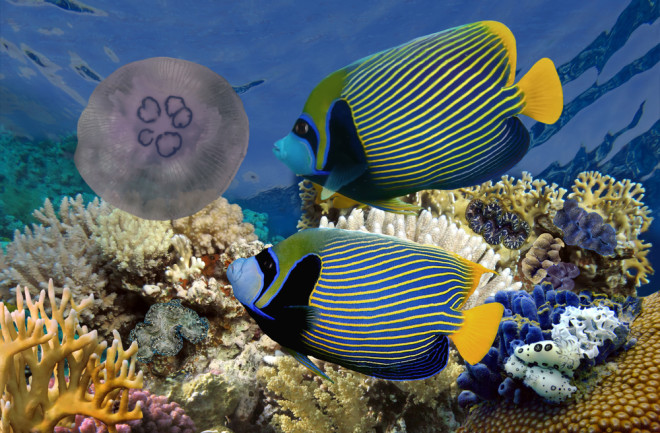 It pays to be good looking — especially if you’re an endangered species.

Most conservation organizations have a mascot, often a majestic large mammal, colorful bird or awe-inspiring sea creature. This is no mistake. Humans are more likely to care about something that is beautiful. In turn, interacting with beautiful wild places brings us pleasure and healing.

In a recent study published in PLOS Biology, a group of French researchers aimed an investigation at the intersection of biodiversity, beauty and conservation. The scientists found that, among reef fish, the species that people perceive as most beautiful occupy a very small slice of the ecological pie. These aesthetic fish come from a common evolutionary lineage and play similar roles within the ecosystem. On the other hand, “ugly” species are ecologically and evolutionarily diverse and, on average, more threatened by extinction than their beautiful counterparts.

To assess each species' inherent aesthetic value, the researchers asked online survey respondents to choose the more beautiful image from a pair of pictures of fish. In total, 13,000 people evaluated 481 photographs. The scientists then trained a convolutional neural network, essentially an Artificial Intelligence (AI) that analyzes images, to mimic these human preferences. “Artificial intelligence allows us to make much better predictions than traditional correlative approaches,” author Nicolas Mouquet says.

Mouquet and his colleagues left the next task to the AI. Doing its best impression of a human looking at pictures of fish, the machine-learning model evaluated 4,400 photos of the 2,417 most common reef species in the world. The scientists were left with a dataset far beyond the scope of any previous study on the subject.

As soon as Mouquet and his colleagues began to parse through the data, patterns emerged. The most beautiful fish, such as angelfishes, tended to exhibit multiple, saturated colors that repeated in patterns across their scales. The model also preferred fish with round bodies, a trait that is consistent with human preferences for logo designs.

Of course, evolution is not concerned with aesthetic values. These beautiful fish evolved distinctive coloration as a survival strategy: camouflage. Their scales blend in with the bright, fractal patterns of the reef. “These fish tend to live on corals and are of a lower trophic level,” Mouquet says.

On the other side of the spectrum, fishes with drab, un-patterned colors and elongated body shapes were judged to be the least beautiful. These species are not so easily characterized. They play many diverse roles in ecology and occupy many different habitats.

The Ecology of Aesthetics

The researchers found that while beautiful fish species tended to have overlapping ecological roles, many of the less-beautiful species occupied unique niches. This suggests that they may have a relatively high conservation value. In addition, the less-beautiful species were more likely to be listed as threatened by the International Union for Conservation of Nature (IUCN). Many of them, such as bluefish or white steenbras, are victims of overfishing. “The less beautiful fishes are more in need of conservation — we need to make sure that our aesthetic biases do not turn into conservation biases,” Mouquet says.

Coral reefs are among the most threatened ecosystems on earth. Their continued survival depends on diversity in the species that occupy and sustain them. Undoubtedly, the beauty of nature is an important tool to motivate people and governments to participate in conservation. But aesthetics also have the potential to blind us to the ecological value of a species. In the future, Mouquet hopes to apply his research methods to evaluate aesthetic preferences for other animal taxa. One future project might even evaluate landscapes.

“We hope that we can collectively minimize the impacts of our perception biases through better communication to the public, policy-makers and conservation NGOs,” he says.