Did sex with Neanderthals and Denisovans shape our immune systems? The jury’s still out 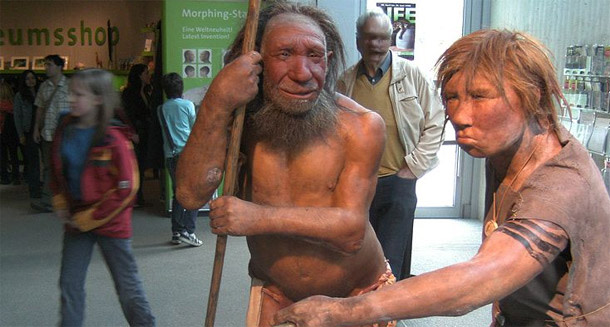 The Neanderthals may be extinct, but they live on inside us. Last year, two landmark studies from Svante Paabo and David Reich showed that everyone outside of Africa can trace 1-4 percent of their genomes to Neanderthal ancestors. On top of that, people from the Pacific Islands of Melanesia owe 5-7 percent of their genomes to another group of extinct humans – the Denisovans, known only from a finger bone and a tooth. These ancient groups stand among our ancestors, their legacy embedded in our DNA. Paabo and Reich’s studies clearly showed that early modern humans must have bred with other ancient groups as they left Africa and swept around the world. But while they proved that Neanderthal and Denisovan genes are still around, they said little about what these genes are doing. Are they random stowaways or did they bestow important adaptations? When I spoke to Reich about this earlier this year, he was starting to sift through the data. “To a first approximation, they are random,” he said. “It’s possible that modern humans could have used the Neanderthal or Denisovan material to adapt to their environment, but we don’t have evidence for that.” However, palaeontologist Chris Stringer offered an intriguing suggestion: “If Denisovans were in South-East Asia long-term, they would have evolved immunities and defences to some of the diseases there, like different forms of malaria. That’s something modern humans could have picked up that would’ve been useful.” He might have been right. Laurent Abi-Rached from Stanford University has just published a new study suggesting that our immune system owes a debt to our ancestors’ trysts with Neanderthals and Denisovans. Abi-Rached looked at a set of three diverse immune system genes called HLA-A, HLA-B and HLA-C. These help our cells recognise and respond to a wide variety of invasive threats like viruses and bacteria. And because we such threats are legion, the HLA genes are exceptionally diverse. For each of the three, there are thousands of different versions, or alleles. Abi-Rached thinks that we inherited several of these alleles from Denisovans, for they are far more common in Asia and Melanesia than in other parts of the world such as Africa. For example, a version of HLA-A known as A*11 is found in 50-60 percent of people in China and Papua New Guinea, but it is supposedly absent in Africans. Abi-Rached thinks that these variants entered the human genome after our ancestors bred with Denisovans somewhere in ancient Asia. These incoming genes provided an advantage in those areas, probably against local infections, and they gradually became more common. Neanderthals also made their mark. Again, some of the HLA versions carried by the three individuals whose genomes have been sequenced are still around today. They are common in Europe and Asia, and absent in Africa. All in all, Abi-Rached thinks that Europeans gained over half of their HLA-A variants from having sex with other groups of ancient humans. Asians gained over 70 percent of their HLA-A variants in this way, and Papua New Guineans 95 percent. It is a big claim, but David Reich is not convinced. “It is well known that present-day frequencies of genetic variants provide a very poor clue to the geographic place where those variants arose,” he says. John Hawks from the University of Wisconsin makes a similar point. For example, he notes that A*11, which Abi-Rached describes as “absent from Africa” isactually found in the region, albeit very rarely. “This is difficult to interpret,” he writes on his blog. “If it has any tiny disadvantage against malaria, for instance, its rarity in Africa is easily explained as a function of recent evolution, while its presence almost everywhere outside Africa would be no surprise even if there were never any interbreeding.” Hawks argues that the presence of variants like A*11 in Denisovans and modern Asians could be coincidence. Both of them could have inherited A*11 from a common ancestor, a possibility that Abi-Rached discounted. Hawks argues that all of the major HLA alleles are much older than the origins of modern humans, or than the split between Neanderthals and Denisovans. To truly show that Asians inherited A*11 from Denisovans, Abi-Rached would need to show that there are changes in the allele that are common to these groups, but are absent elsewhere in the world. There are other inconsistencies in the paper. Abi-Rached says that humans picked up a version of HLA-B called B*73 from Denisovans, somewhere in western Asia. But Reich failed to find any evidence of Denisovan genes in people outside of southeast Asia and Melanesia. Paabo notes that the allele could have come from Neanderthals, who were certainly around in Western Asia. Despite these misgivings, both Paabo and Reich are excited to see other scientists expand upon their work. Paabo says, “I think it is really great that they have used the two genomes to look at new and exciting things. This is of course exactly why we sequenced the genomes.” Regardless of whether Abi-Rached is right about the immune system genes, his study is a sign that groups around the world are starting to interrogate the genes of our ancient relatives for clues about our own evolution. And that is certainly a step in the right direction. Reference: Abi-Rached, Jobin, Kulkami, McWhinnie, Dalva, Gragert, Babrzadeh, Gharizadeh, Luo, Plummer, Kimani, Carrington, Middleton, Rajalingam, Beksac, Marsh, Maiers, Guethlein, Tavoularis, Little, Green, Norman & Parham. 2011. The Shaping of Modern Human Immune Systems by Multiregional Admixture with Archaic Humans. Science http://dx.doi.org/10.1126/science.1209202Image (source) More on ancient DNA: