Despite their reputation as cave dwellers, there was a lot more variety in where these ancient human ancestors called home. 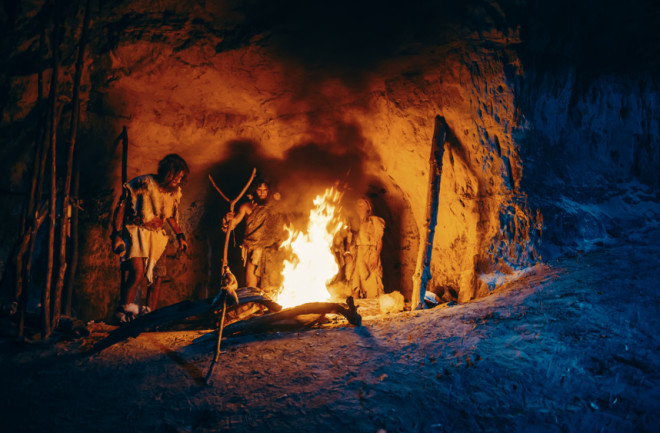 Imagine visiting one of the hundreds of campsites abandoned for the summer season and trying to piece together who was there, for how long, and what they were doing. If you’re an archaeologist studying Neanderthal settlements, that’s basically how you do your research — except the campsites are 45,000 years old.

Today, these researchers can do a lot more than excavate remains on a cave floor. Genetic, chemical and geological analysis tools help teams extract as much information as they can from the bones and tools our ancient ancestors left behind. Even then, there are still lots of questions left about how Neanderthals assembled shelters and carved out 200,000 years of existence across Europe.

“We usually relate Neanderthals with caves,” says Laura Sánchez-Romero, an archaeologist at the University of California, Berkeley, “but there are open-air sites that were also used for activities.” The association with cave dwellings make sense — a majority of known Neanderthal settlement sites are in these natural shelters, some of which might have had extra attributes that made the location more appealing than others. Proximity to water is always a plus, and a higher elevation could provide an ideal vantage point for assessing natural resources below, Sánchez-Romero says.

But caves likely get lots of attention because they are also the living spaces best preserved over time. Grasslands are more exposed to weather and scavengers, so any evidence of habitation is more likely to disappear across the millennia. Caves are also easier for archaeologists to examine. One formerly open-field location Sánchez-Romero excavated was in Basque country, which today is “like a jungle,” she says. “You can’t see more than 10 meters ahead of you.” Having to excavate a Neanderthal occupation site under all that shrubbery might deter some researchers, even though the sites are worth investigating. In Ukraine, archaeologists found circles of mammoth bones that they interpreted as the foundation of a campsite.

For the most part, Neanderthals hunkered down in a given spot because they were chasing their food. Some groups might have sought out specific locations because a wood or rock variety was worth harvesting, but generally, animal migration patterns dictated where our relatives would find their protein, says Andrea Picin, a Paleolithic archaeologist at the Max Planck Institute for the Science of Human History. In warmer, more consistent climates like the Mediterranean, Neanderthals might have moved around to new shelters to follow prey, but likely didn’t need to expand beyond a relatively small range. Anyone hunting reindeer near the Arctic would have more legwork to do — those animals can roam hundreds of miles when searching for edible greenery throughout the year.

Archaeologists can piece together some of the paths Neanderthals took when pursuing prey by examining the tools left behind at settlements. “We have different proxies to understand mobility, but the best one is raw material,” Picin says. Tracing where the flint or limestone was originally chipped out of the earth shows how far Neanderthals carried their tools, which they lugged around for up to 185 miles.

So far, understanding one of the most important aspects of Neanderthal “homes” — how long they lived in a given space — still eludes scientific understanding. Carbon dating a piece of bone might deliver a sense of how long ago Neanderthals took up residence in a spot, and could show that different groups of the species hunkered down in the same spot repeatedly.

But the technology isn’t refined enough to show whether a given group was present and tossing bones into a pile for just a couple months or several years. Trying to assess how long a group of Neanderthals lived in a site by the volume of artifacts left behind would be risky, Sánchez-Romero says, since sites are almost always not as the human relative left them. Water could wash items around, and scavenger animals can root around the remains and drag bones or tools out of place.

Even in locations with scarce Neanderthal remains, it’s hard to say why those items are there. “Maybe the stay was super short,” Picin says, “and maybe they were there just to have a look.” For the spots that were definitely a dwelling for some period of time, spaces were designated for fires, butchering and waste dumps. Basically, the floor plans looked a lot like ours. "Many people think Neanderthals were more like beasts or animals than like humans," Picin says. "And of course they were a different species, but they behave more or less like us."