This Hominoid Is The Closest Thing We Have To Giants Existing

The largest hominoid, Gigantopithecus blacki, may have stood at 10 feet tall, but died out a few hundred thousand years ago. 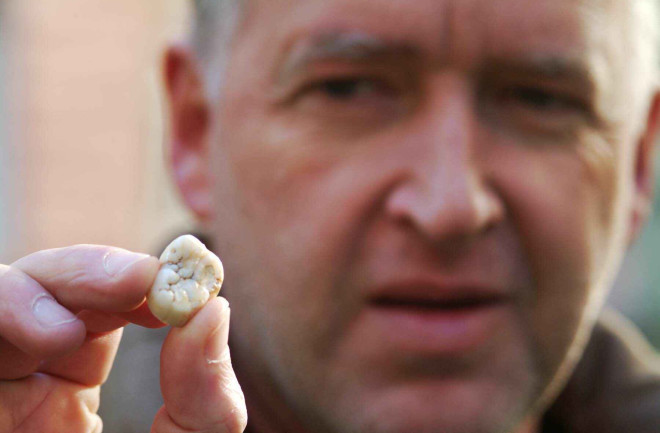 This article was originally published on May 12, 2020.

The giants of myth and legend have no basis in reality. Humanlike beings who grow to 20 feet or more are the stuff of fiction, and even far in the past there’s no evidence hominins ever got much taller than we are today.

Some remarkable exceptions among Homo sapiens have existed, but they are most often the result of hormonal disorders. Such conditions occur when the body produces excess growth hormone throughout life. Those who suffer from these disorders — as was the case for the tallest man ever measured, Robert Wadlow — continue to grow for years.

Wadlow stood 8 feet, 11 inches tall, making him a veritable giant to most of us. But his stature came at a cost; Wadlow reportedly had little sensation in his feet and died of an infected blister in his early 20s. Other abnormally tall individuals can also suffer from issues related either to their height or to the condition that led them to grow so tall.

There are few signs that ancient humans ever grew much taller than we do. While anthropologist Lee Berger once claimed that some members of a species of archaic hominin, H. heidelbergensis, grew to over 7 feet tall, there’s little evidence that’s true.

If anything, ancient humans were shorter than we were. Neanderthals stood, on average, several inches shorter than us.

To find true giants, we must journey back even further, to our primate ancestors. The giant ape species Gigantopithecus blacki may have stood up to 10 feet tall and died out just a few hundred thousand years ago — meaning our evolutionary cousins existed alongside them.

G. blacki may have been the closest thing that ever existed to mythical Bigfoots and Sasquatches. But today, there's no giants to speak of.