Did conflict between old and young women drive origin of menopause?

You could argue that life is all about cheating death and having enough sex to pass on your genes to the next generation, as many times as possible. From this dispassionate viewpoint, human reproduction is very perplexing for our reproductive potential has an early expiry date. At an average age of 38, women start becoming rapidly less fertile only to permanently lose the ability to have children some 10 years later during menopause. 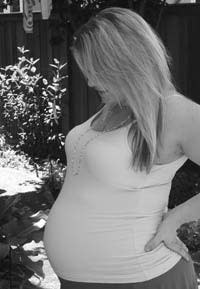 From an evolutionary point of view, this decline is bizarre. Other long-lived animals stay fertile until close to the end of their lives, with elephants breeding until their 60s and the great whales doing so in their 90s. In comparison, a human woman is exceptional in losing her child-bearing potential years or decades before losing her life. Even in hunter-gatherer societies that lack our access to modern medicine and technology, women who pass through menopause can expect to live well into their sixties.

A few theories have already been put forward to resolve this conundrum. I've previously blogged about one of these, which suggests that the menopause reduces the health risks that repeated childbirth brings to both mother and child. This idea complements the most popular theory, known as the "grandmother hypothesis", which suggests that older, infertile women can still boost their reproductive legacy by feeding, teaching and caring for their existing children and grandchildren.

The basic idea makes sense and while some studies have backed it up, it's clearly not the whole story. Some analyses of hunter-gatherer populations have found that the indirect advantages of helping your family don't outweigh the potential benefits of having more children yourself. Alone, the grandmother hypothesis can explain why women continue to live past the menopause, but not why they go through it in the first place.

Cant and Johnstone believe that the current picture is incomplete because previous studies have ignored the fact that new children affect not just their mothers, but other members of the community too. The children of all the fertile women within any group draw upon the same pool of food, resources and attention from other adults, which effectively leads to a form of "reproductive competition" between mothers.

Cant and Johnstone suggest that menopause serves to minimise this conflict and cite the timing of menopause as evidence for their theory. In humans, there is remarkably little overlap between the reproductive periods of different generations. In hunter-gatherer societies, mothers tend to stop being fertile at more or less the same time that their daughters become sexually mature.

This degree of separation is truly exceptional among other primates, which, as the graph below shows, mostly become fertile while their mothers are still more than capable of conceiving. For example, the fertile periods of successive generations of Japanese macaques overlap by about 12 years, which is about 70% of their total reproductive lifespan. Based on the trends shown by other primates, human women would be expected to keep on bearing children till the ripe old age of 70, rather than the much earlier cut-off in their 50s.

From birth, a woman is outfitted with a lifetime supply of follicles, shells of cells that contain immature egg cells, and these are used up as she goes through more and more menstrual cycles. The stocks are gradually worn away but the process accelerates dramatically at about the age of 38, in a way that doesn't happen in chimps, monkeys or rodents. If this acceleration never happened, the earlier and slower rate of follicle loss would lead to menopause at around the age of 70, the same age predicted by trends in other primates.

If older and younger women do indeed experience reproductive conflict, why is it the older generation who cedes ground by becoming infertile, and not the younger one? After all, in most mammals that cooperate to raise young, it's the other way round - the older generation continues to breed and suppresses the fecundity of the younger generation. Cant and Johnstone believe that it all boils down to how the social groups of our ancestors mingled with one another.

In all social mammals, groups exchange members to some extent and in most cases, it's the males that strike out. But for ancestral humans, there's plenty of evidence to suggest that the females were more often the ones who left home and found new groups. Genetic evidence, along with the behaviour of hunter-gatherers and our close relatives, the chimps and bonobos, all support this idea.

This simple fact changes how related different females are to other members of their group and that shifts the balance of conflict in favour of the young newcomers. A young female entering a group is better off raising children of her own, for she is completely unrelated to the group's existing members and gains no indirect benefits from helping to raise their children. On the other hand, an old female can benefit from either having more children herself or helping to raise any grandchildren that her sons father with the young newcomers.

Using a simple model to simulate these interactions, Cant and Johnstone found that these asymmetric benefits skew the results of the competition towards the younger females. The competition resolves itself in a stable way if the older females stop reproducing when the younger ones begin.

The duo freely admit that their hypothesis will need to be tested further and suggest ways of doing so. For a start, they note that if they are correct, scientists should be able to show that young mothers experience drawbacks if they have children alongside older grandmothers who are still doing the same, as is the case in some polygamous societies.

Finally, Cant and Johnstone note that their new hypothesis is not meant to be an alternative to existing ones, but a complement to them. They hope that it will help us to more fully understand the origins of menopause if we view it as a reflection of the "ghost of reproductive competition past".

Images from PNAS and Petercantfail