DEET Is Harmful to Cells in Lab Settings. What's the Significance? 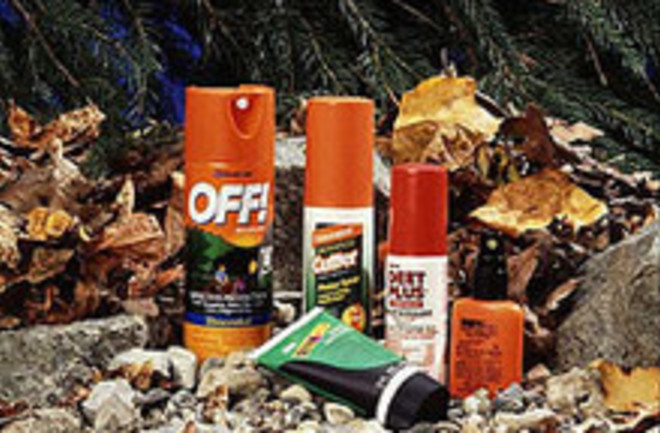 Powerful bug repellant DEET may do more than keep mosquitoes and other biting critters at bay--it might cause neurological damage in mammals, according to a study published in BioMed Central Biology. Developed in 1946 by the U.S. Army, DEET has been used by the public for more than half a century to repel bugs like mosquitoes, along with the diseases they can carry. The new study, however, shows that DEET—aka N,N-diethyl-meta-toluamide—may be harmful for a variety of animal cells. In lab tests, it caused damage to

mosquitoes, cockroach nerves, mouse muscles, and enzymes purified from fruit flies and humans. Applications of DEET slowed or halted the actions of the enzyme acetylcholinesterase. This enzyme hangs out between nerve and muscle cells, breaking down a messenger molecule after it has passed information from one cell to another. If this messenger isn’t properly recycled, it can build up and lead to paralysis [Science News].

Although the findings certainly raise questions about the safety of DEET, further testing is required before scientists will really know what, if any, effect DEET has on the human nervous system. "The experiments that were conducted were mainly done on insects or on individual cells in test tubes, and generally not under conditions that accurately reflect how DEET is used as an insect repellent in the real world. This makes it very difficult if not impossible to interpret the relevance of their findings to human"

, said pesticide expert Daniel Sudakin. The Environmental Protection Agency plans to further investigate the safety of DEET and will include the findings in its review of the chemical, which is slated for 2012. Until then,

experts advise people to only use enough repellent to cover exposed skin or clothing and caution that repellent should not be applied to cuts, wounds or irritated skin [BBC News]. They also say that because the majority of DEET users apply the repellent infrequently, the risk of damage is quite low.

Said malaria expert Brian Greenwood, "Deet has been used for decades with few reported side effects. And the findings of animal studies do not always match what happens in humans"