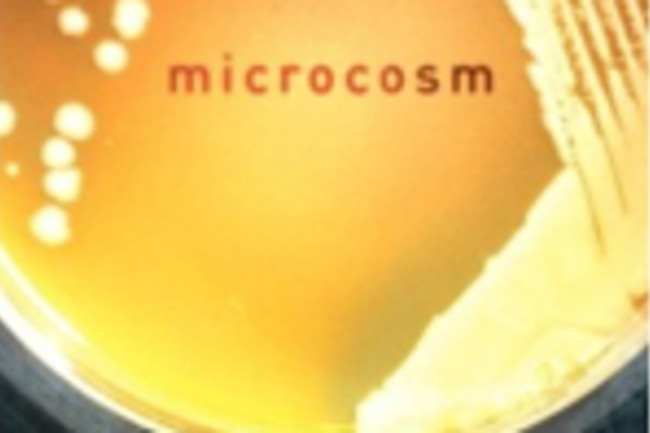 A wonderful review of Microcosm just came out in the Times of London. It's particularly gratifying to see it written by Oliver Morton, a science writer gifted with grace and style... [Zimmer] "comes up with turns of phrase and images that are deep delights. The ways in which the structure of the cell depends on the tempo of different molecular processes give it a 'geography of rhythms'; the building of a flagellum, which takes longer than the bacterium's replication, is like building a medieval cathedral, in that 'a new microbe inherits a partially built tail and passes it on, still unfinished, to its descendants”. (Another flagellar delight is the way in which Zimmer shows that, far from being a structure that could not evolve stepwise, as proponents of intelligent design would have you believe, this complex corkscrew actually reveals its evolved status clearly down at the molecular and genetic level.) Perhaps the phrase that will resonate with me longest, though, is the one he uses to frame the discussion of E. coli as a workhorse of biotechnology and a proving ground for the more ambitious redesigns of life - 'playing nature' - so much richer in its implications than the tediously Faustian 'playing God.' If you want to get a clearer idea of the sort of nature that science can now play with, this is the book for you." Full review here. Amazon link here.