Dawn of the Planet of the Apes

Infant skull shows a glimpse of our distant ancestor. 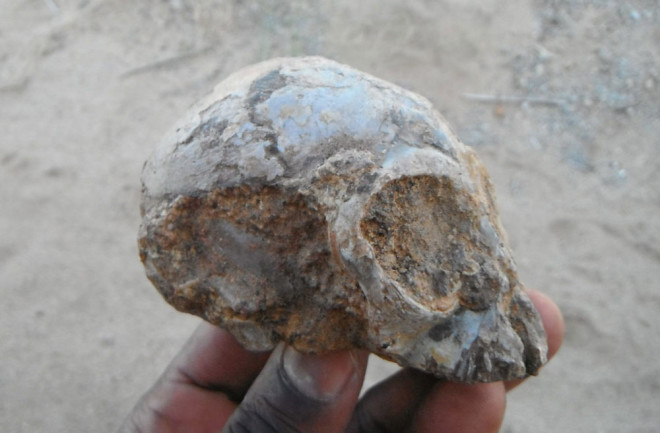 The palm-sized infant skull is a link to our distant primate past. | Isaiah Nengo, Photo by Christopher Kiarie

A 13 million-year-old skull from Kenya, described in August in Nature, hints at what a common ancestor of all living apes (including humans) looked like. The fossil, from an infant, is the lineage’s most complete skull between 7 million and 17 million years old. The animal had a short snout, similar to that of a gibbon but unlike other apes. Anthropologist and lead author Isaiah Nengo says the fossil offers the best glimpse yet of our distant ancestor: “We now have a face.”