A new collection of art shows how one scientist shocked the world. 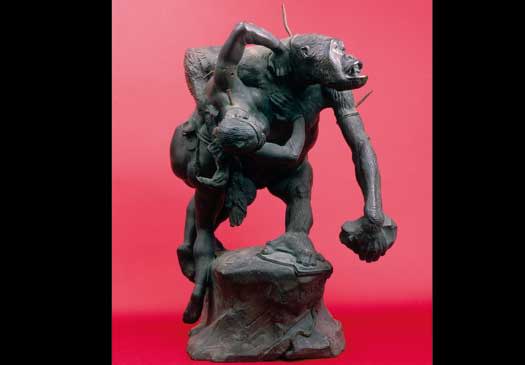 Charles Darwin's revolutionary ideas on evolution, set forth in On the Origin of Species (1859) and The Descent of Man (1871), stirred people's imaginations, often towards the strange and horrific. The latter book, for example, ignited the "gorilla wars"--disputes over the closeness of apes' relationship to humans.

Though Darwin himself felt that humanity's inheritance from animals was largely positive, the public was more interested in frightening King Kong-like depictions of man's closest relatives, especially the woman-stealing ape, as shown in this sculpture.

The images in this gallery come from the museum show Endless Forms, on view at the Yale Center for British Art starting February 12, the 200th anniversary of Darwin's birth. The collection explores how artists interpreted and misinterpreted Darwin's science to create fantastical versions of our past, present, and future. 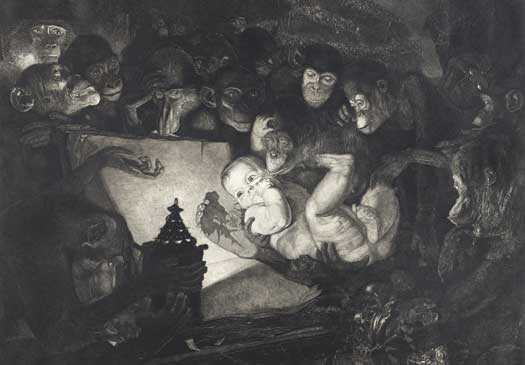 Many satirical interpretations of evolution played with the notion of apes in their newly appointed role as mankind's ancestors. In this alternative to the traditional Christian Nativity scene, a group of learned apes studiesThe Descent of Man and inspects their evolutionary progeny: the first example of Homo sapiens. 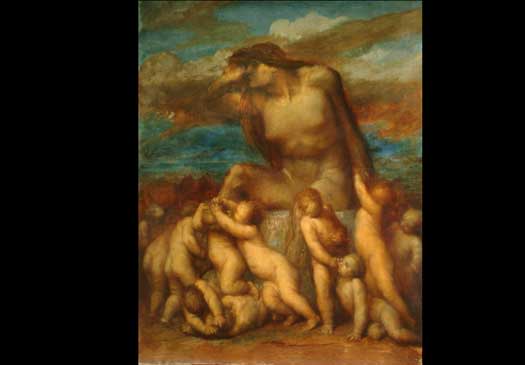 The Darwinian struggle for existence was brutal and unsentimental. Unlike traditional pictures of Mother Nature nurturing her offspring, this scene shows her looking gloomily into an uncertain future and ignoring her babies, who are already at each other's throats. 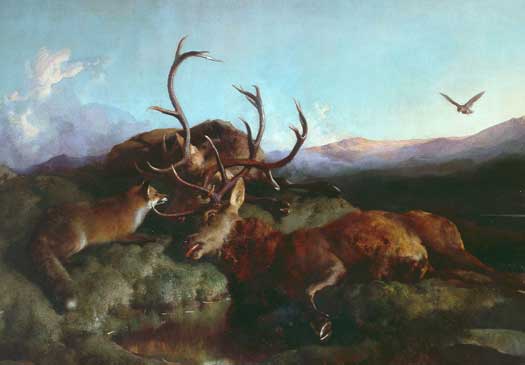 Even art made before Darwin's theories became subject to new Darwinian interpretations. This scene, painted a few years before the publication of On the Origin of Species, was initially received as the aftermath of a battle between two heroic combatants (contrasted by the cowardly fox).

But seen through a Darwinian lens, the scene represents the heartlessness of nature: The stags have died in a fruitless struggle driven by their own instincts, while the approaching fox and hawk see only their next meal. 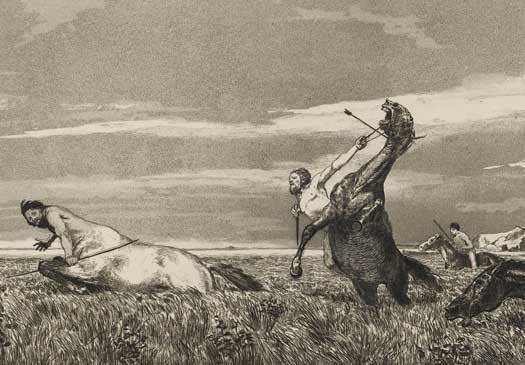 Evolution hounded even mythical creatures like the centaur, usually shown in idyllic settings in Greek mythology. But in this darker interpretation, the half man and half horse is no match for human horsemen--and appears doomed for extinction. 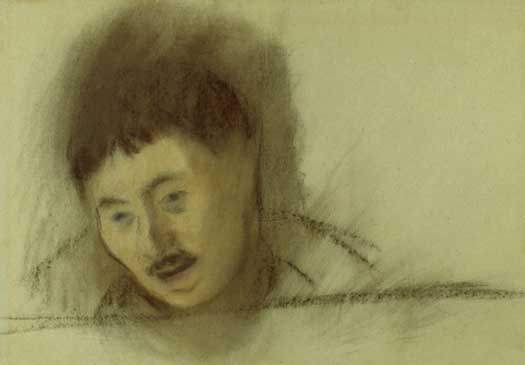 Degas sketched the suspects in the "Abadie affair," a lurid murder trial over the brutal killing of a grocer's boy and a newspaper vendor. Influenced by evolutionary debate, commentators on the trial immediately associated the guilty man's low forehead, pronounced jaw, and "animal snout... with a degenerate, lower form of humanity. 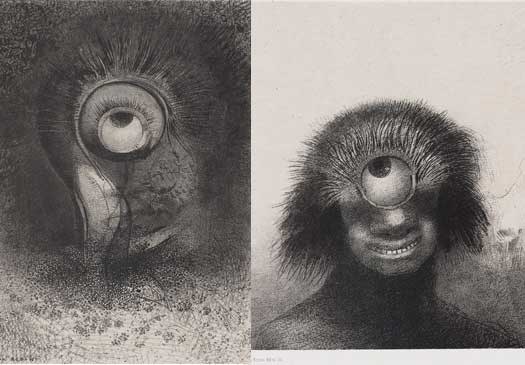 In a set of eight prints made the year after Darwin's death, the French artist Odilon Redon imagined grotesque stages in the evolution of life, including a sighted flower (left) and a grinning polyp (right).

"There was perhaps a first vision attempted in the flower," plate 2, and "The misshapen polyp floated on the shores, a sort of smiling and hideous Cyclops," plate 3, of Les Origines by Odilon Redon (1883) 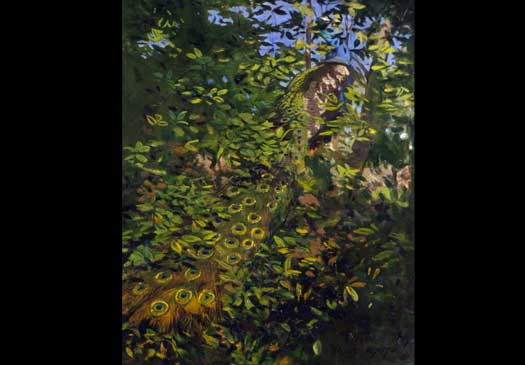 Some artists developed their own versions of Darwin's theories. While Darwin observed that animals' colors and markings had often evolved from natural selection, either to conceal them from predators or to attract mates, the American painter Abbott Handerson Thayer insisted that coloration evolved only for concealment.

To prove his point, Thayer painted a peacock--Darwin's prime example of plumage used for display--fading inconspicuously into the forest.

Peacock in the Woods by Abbott Handerson Thayer (1907) 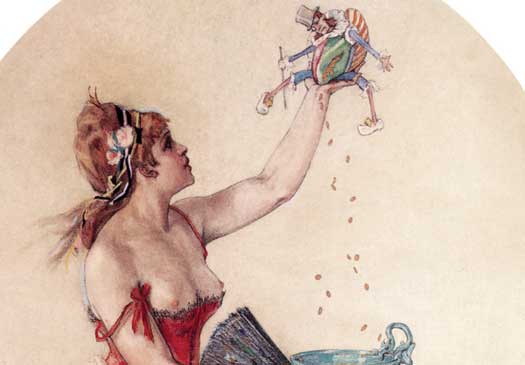 Rops wrote: "Men! ... you will always seem, to me, no more than feeble puppet to be toyed with by women for their sport."