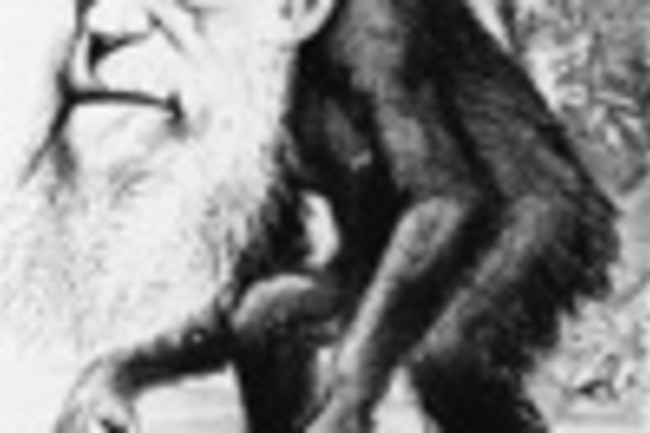 In celebration of Darwin's 198th birthday, there will be lots of events--talks, etc.--going on around the world next week. I'll be doing my part, heading to the Rockies to talk at Western State College in Gunnison, Colorado. My talk is entitled, "The Descent of Man, From Darwin to DNA." I'll be speaking at 7 on Tuesday, February 13, in the Kebler Ballroom at the College Union Building. It's free and open to the public. (Map) Here's a guide to a lot of the planned events at the official Darwin Day site. (Full disclosure: I'm on the board of advisors.) This year is distinguished by a big roll-out of the movie Flock of Dodos, Randy Olson's wry look at shenanigans over evolution in Kansas and elsewhere. (Check out my report on the movie and Randy's musings from last year.) By my count, he'll be hitting 31 screens from Boston to LA. Venues include the Denver Museum of Nature and Science and the San Francisco Exploratorium. This success has earned Randy the Mooney Treatment. The Discovery Institute, your source for all things Intelligent Design (i e, the progeny of creationism), is promising many posts on Flock of Dodos at their site, Evolution News and Views. "We will be issuing more detailed responses to Olson's film throughout this week, leading up to Darwin Day, Feb. 12 when it is scheduled to be screened in a few small science venues," they write. Let's review. Few=31. Small science venues=some of the biggest science museums in the country. Are we clear? I'm sure this is just a taste of the sort of quotable gems we can look forward to from the Discovery Institute in the next few days. May Randy get his very own flaming Pinto of design! Update, 2/7/07 4 pm: Wow, Randy doesn't get a lousy Pinto. He gets his own web site, hoaxofdodos.com. It's really just a collection of old gripes from the Discovery Institute, but they appear to be trying to strike terror in our collective hearts with a picture of three menacing dodos. Please, try not to laugh:

The SciencesThe Cheater's Guide to Interstellar Travel: A Conversation with Slava Turyshev