Could a Rain of Dead, Poisoned Toads Save an Australian Marsupial? 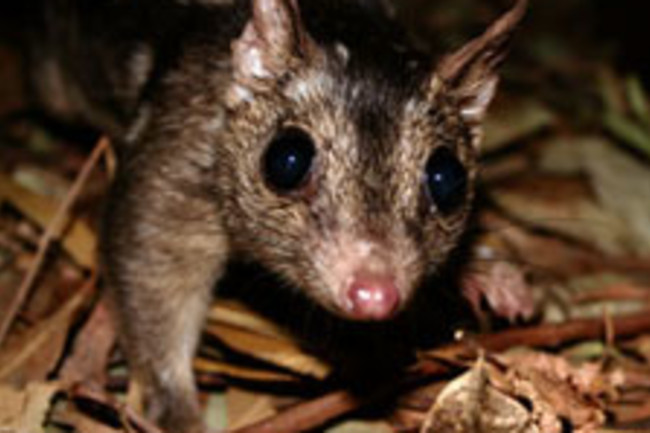 In 1935, Australia introduced the cane toad to its sugar cane fields to battle beetle infestations--and the ecosystem has never been the same. The toxic toads took a liking to Australia and began spreading through the northeast, killing the native predators like crocodiles, snakes, and lizards that dined on them. A small cat-like marsupial, the quoll, was no exception. In the decades after the toads’ introduction, quoll populations in northern Australia have dipped precipitously. This year, ahead of the toads' march into the quolls' last stronghold, the Kimberly region,

scientists have found a clever way to save the endangered marsupial: training it to detest the taste of toad so it won't get poisoned [Los Angeles Times].

And the success of the experiment has suggested a bizarre conservation campaign. In their research, scientists from the University of Sydney found that other predators like crocodiles and snakes can learn to avoid trouble, because one experience of snacking on a sickening poison toad is usually enough to teach them a lesson. But because the smaller quoll will die from eating a single large toad, it never learns to make that association. So the researchers decided to train the marsupials to avoid the toads using a method known as conditioned taste aversion. In their experiments, quolls in the lab were fed small dead toads laced with a nausea-inducing drug. The animals would gobble up the toads and then feel mildly sick. After a while, they began to associate sickness with eating the toads and started avoiding them, according to results published in the Journal of Applied Ecology. The scientists speculated

that the memory of the stomach-churning snack would stick with the marsupials, just as bad experiences with food can stick with humans for years [Los Angeles Times].

. Jonathan Webb, an ecologist at the University of Sydney, who led the study, remarked:

"If you can teach a predator that cane toads make you sick, then that predator will leave them alone afterwards. As a result, animals like quolls can survive in the wild even in a toad infested landscape” [Times Online].

The researchers suggest that, if the quoll's learned aversion to the toads proves to be long-lasting, the next step might be to bring the lessons to toads in the wild--via aerial toad-bombing exercises. Study coauthor Rick Shine says they may want

"to refine our delivery methods – for example, perhaps wildlife agencies could aerially deploy 'toad baits' ahead of the cane toad invasion front to educate quolls to avoid attacking cane toads before the toads invade" [LiveScience].