Coral Reefs Could Die Off Within the Century 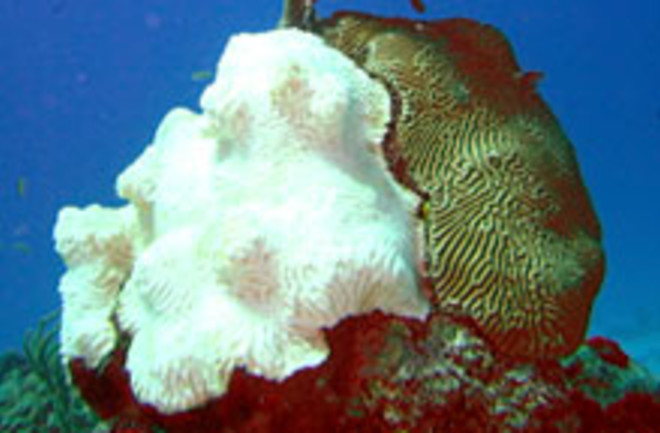 Researchers are sounding the alarm about the world's coral reefs, declaring that one-third of reef-building species are now threatened with extinction. If the news sounds familiar, it's because researchers published a separate report about the dire condition of reef ecosystems in U.S. waters earlier this week. The new study widens the focus to look at all coral reefs throughout the world's oceans, and also issues a terrifying diagnosis: Unless action is taken, it is conceivable that the "rainforests of the ocean" could be wiped out this century....

"Whether corals actually go extinct this century will depend on the continued severity of climate change, extent of other environmental disturbances, and the ability of corals to adapt" [Telegraph],

Global warming and warming ocean waters are the main culprit in the burgeoning catastrophe, researchers say.

When water temperatures rise, coral polyps - tiny animals that build the reefs - expel the algae that usually live with them in a symbiotic relationship. The corals lose their colour, with reefs taking on a bleached appearance, and begin to die off because the algae are not there to provide nutrients [BBC News]. Other

factors include ocean pollution and diseases that kill off the already stressed polyps.

The goods news is that coral reefs can recover within decades... a process that has already started to occur at some reefs in the Caribbean and Pacific. But only if they are free of man-made pressures such as water pollution, overfishing and climate change [Scientific American].