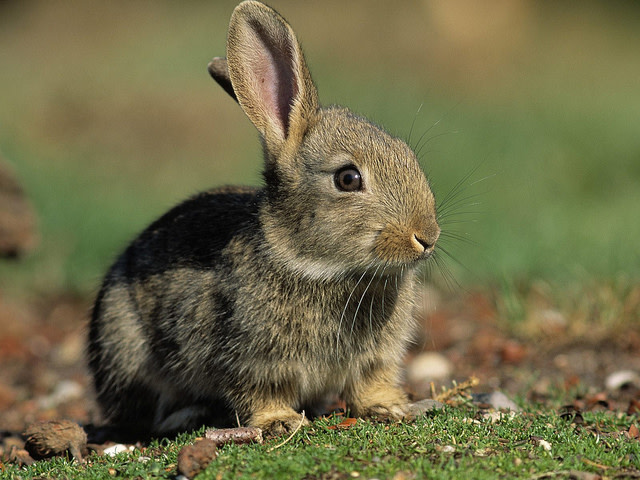 Imagine you're on a particularly boring leg of a road trip and you start counting houses. You pass through long stretches of country without counting anything. When you do see houses, they're clustered into towns, and may have spacious yards with tire swings. As you approach a city (finally!), rows of houses appear at regular intervals instead of clumping. And in the heart of the city they shrink into little apartments that go by too fast for you to count. European rabbits, it turns out, build their homes in a similar way—and since these animals are disappearing in the countryside, understanding their urban planning strategy matters to humans trying to conserve them. Hunting, habitat loss, and disease have driven down populations of European rabbits (Oryctolagus cuniculus) in the countrysides of western Europe. Yet rabbit populations in some German cities are, well, hopping. Madlen Ziege, a graduate student at the University of Frankfurt, and her coauthors wanted to know how rabbits are taking advantage of urban areas. They chose the city of Frankfurt, where European rabbits have lived alongside humans since at least 1930. The researchers scoured nine city parks in Frankfurt for rabbit burrows, along with four more suburban parks and three nearby rural sites. In all, they found 191 burrows. Then they rated each site for its "urbanity," a measure that included three variables: How many people live within half a kilometer of the burrow site? How many pedestrians, bikers, or dogs pass by at dawn and dusk, when rabbits are most active? And how much of the ground is covered by something artificial, such as pavement or playground turf? Like census-takers, albeit with a serious language barrier, the researchers tried to count how many rabbits lived in each burrow. For a few dozen burrows, they did this by tagging along with a regular hunting group that flushed the rabbits from their holes with trained ferrets. At other sites, the researchers staked out burrows at dawn and dusk and tallied how many rabbits came and went. They also counted burrow entrances to estimate how big each home was. As "urbanity" increased—as sites became less rural and more city-like—rabbit burrows became more common. Urban burrows were smaller and simpler, like studio apartments compared to country estates. And while rural burrows were spread out and clumped, like the rural houses on our imaginary road trip, urban burrows were spaced out more evenly. Ziege writes that the results could easily have been the opposite. Since cities cover up more ground up with pavement and buildings, breaking potential habitat into fragments, city rabbits might end up clustered into big burrows like they do in the countryside. Instead, they're spread out into small homes. One reason might be heat. Big groups of rabbits keep their burrows toastier in the winter—but cities are a little warmer to begin with, so living with a lot of warm bodies might not be as important. In the countryside, large burrows with many entrances and escape routes also help protect rabbits from predators. But in the city, there are fewer predators. Finally, rabbits tend to live in large groups when their resources are limited. In German cities, they may be spreading out because there's no shortage of food or burrowing space. Country life may mean hunger and hunting ferrets, but for urban rabbits, life is (so far) good. 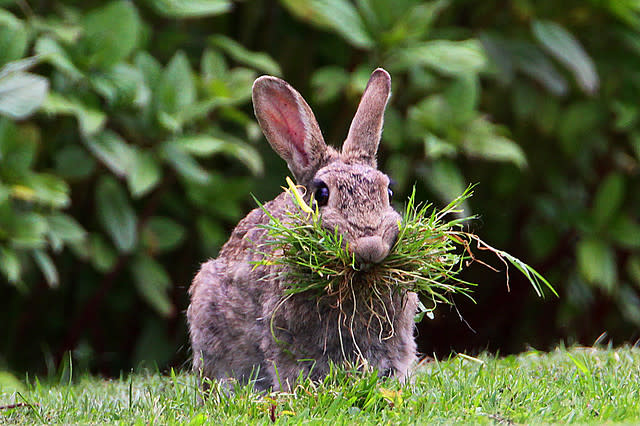 Images: top by myheimu; bottom by Mark Philpott (both via Flickr)