Chronostratigraphy gives researchers a framework of how our planet, and life on it, has changed over time. 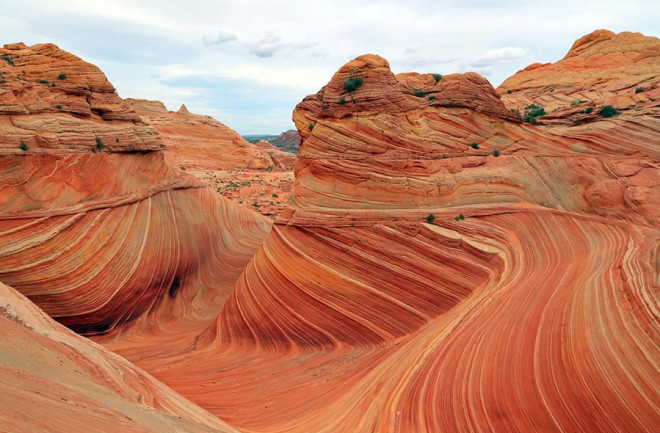 Chronostra-what? The long word may be new to you, but you’ll find the concept familiar. Case in point: Jurassic Park. You can thank chronostratigraphy for the name, even though any dino nerd will tell you it should have been called Cretaceous Park. That’s because most of the animals in the park, including T. rex, lived around the end of the Cretaceous, tens of millions of years after the Jurassic. How do paleontologists know that? Thank chronostratigraphy for that one, too.

During 18th-century mining explorations and early 19th-century fossil digs, expeditioners noticed similarities in rocks over large geographic areas. And so stratigraphy — the study of layers (strata) of rock in relation to each other — was born. Chronostratigraphy is a modern offshoot of this discipline, organizing these dateable rock layers into chronological units. The standardized system gives geologists, paleontologists, and researchers from many other fields a framework of how our planet, and life on it, has changed over time.

Geologic units of time not to scale; not all units shown. For the complete International Chronostratigraphic Chart, visit stratigraphy.org. (Credit: Dan Bishop/Discover)

In the 19th century, early geologists went on a naming spree, labeling rock formations including strata. With similar enthusiasm, they started arguing about them. Several early attempts at standardizing the names failed. It wasn’t until the 1960s that the International Union of Geological Sciences created a system and nomenclature that everyone could, more or less, agree on.

The current system organizes geologic time into five kinds of units, nested like Russian dolls. Think of it as the deep time version of a month being broken down into seconds, minutes, hours, days and weeks. Despite this orderly hierarchy, some confusion remains for the non-scientist. Because the system evolved from using both relative and absolute dating methods, there are two coexisting names for each type of unit. You may see, for example, the Cretaceous called either a system (the chronostratigraphic unit, emphasizing the position of rock strata relative to each other) or a period (the geochronologic unit, emphasizing the actual, or absolute, age of the rock). Either way, the Cretaceous began 145 million years ago and ended, along with all dinosaurs except birds, 66 million years ago.

Boundaries between units are determined by events such as changes in the fossil record, polarity reversals in Earth’s magnetic field, significant climate shifts or large global deposits of a particular mineral or type of rock. The Carboniferous of 300 million to 360 million years ago, for example, got its name from massive coal deposits that formed during its span across much of the world.

Chronostratigraphy and closely related disciplines have been evolving for more than 200 years, so perhaps it’s no surprise that the names of units are a mishmash of the scientific and the sentimental, the practical and the poetic.