You've probably heard about the excavated 8,000-plus statue army. Now is your chance to see them in the flesh. 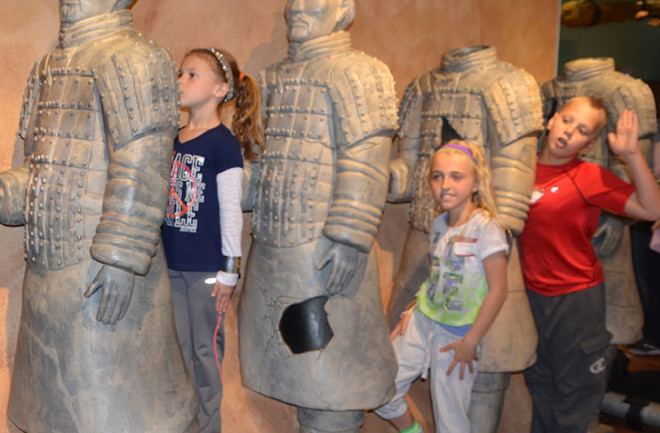 Kids can measure up to replicas at the exhibit, though original artifacts are also on display. | The Childrens Museum of Indianapolis

The Children’s Museum of Indianapolis

The excavated terra cotta army of life-size soldiers, horses and chariots buried with the First Emperor of China some 23 centuries ago is an impressive sight now — but just imagine how the 8,000-plus figures looked when new, covered in brightly colored paints. This kid-friendly exhibit of more than 100 artifacts from the army, including several figures, focuses on how the paints were made and how they can be preserved. It’s the only stateside appearance of the famous terra cotta warriors in 2014, according to organizers. Opens May 10.

[This article originally appeared in print as "Red (and Blue and Green) China."]