Cheetahs Are Fast; Their Inner Ear Makes Them Deadly 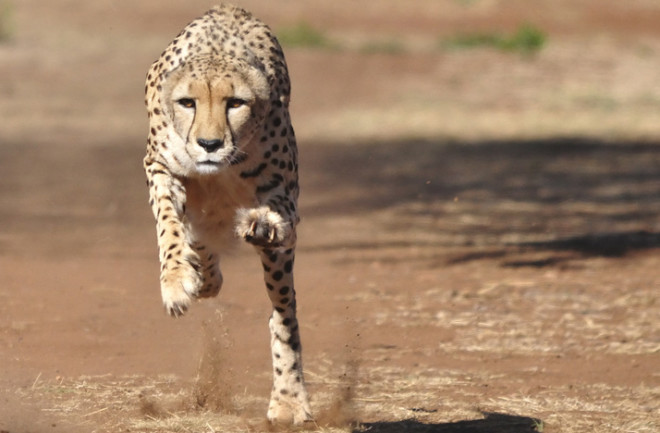 (Credit: Shutterstock) Cheetahs evolved to become the fastest animals on land. Now scientists find that not only do swift limbs help cheetahs hunt down prey, but so too do tiny bony tubes within their skulls that help the cats keep their gazes locked on their targets. Cheetahs have been clocked sprinting at up to 61 miles per hour, speeds that help them chase fleet prey such as gazelles. Intriguingly, while cheetahs run, their heads barely move, helping them hold an incredibly still gaze on their prey while in hot pursuit, said study lead author Camille Grohé, a vertebrate paleontologist at the American Museum of Natural History in New York. To learn more about the underpinnings of this combination of stillness and motion, Grohé and her colleagues examined the inner ears of cheetahs. Within the inner ear of cats and other mammals are three semicircular canals that are each filled with fluid, and sensory hair cells within the canals detect any sloshing of this liquid. The semicircular canals are positioned at different angles so that each senses the movement of the head along a different axis. All in all, the inner ear helps mammals keep their balance and orient themselves in three dimensions.

Using high-resolution X-ray computed tomography, the scientists analyzed the skulls of 21 cats from museum collections in New York and France, including those of seven modern cheetahs, Acinonyx jubatus; and a closely related extinct giant cheetah species, Acinonyx pardinensis, which was twice as big as the modern cheetah and lived during the Pleistocene roughly 2.6 million to 126,000 years ago. They included more than a dozen other living feline species in their analysis, including leopards, tigers, lynxes, pumas and domestic cats. These scans helped the researchers create detailed 3-D models of each species' inner ear.

The inner ears of living cheetahs differed significantly from those of all other cats alive today. For instance, the vestibular system that holds the semicircular canals in cheetahs was larger than in any other cat they examined. Moreover, the anterior and posterior semicircular canals of modern cheetahs were especially long, which likely helps them detect any bobbing or tilting of the head. These features were not seen in the extinct cheetah species the scientists analyzed, emphasizing that the highly specialized inner ear of modern cheetahs only recently evolved. This sensitivity to the slightest of head motions helps modern cheetahs keep their eyes on the prize "so that the animal has a clear image of its prey while running at high-speed," Grohé said. "It's a huge advantage for hunting." Competition with other predators, such as sabertooth cats, likely drove the modern cheetah's need for speed, the researchers said. "The cheetah nowadays needs to be fast at running and fast at eating to survive," Grohé said. "Its lightly weighted body does not permit the animal to fight against other large predators, so it had to find its own hunting strategy to avoid interactions with them. A better detection of head movements enabled the cheetah to perform greater-speed hunts over generations." Although the cheetah's specialty in speed helped it become a successful hunter, "the more specialized a species becomes, the more it is facing extinction risks during environmental changes," Grohé said. "Despite all the innovations that the cheetah acquired to become this amazing running machine, human activities constitute a real threat to their survival. Conservation efforts, such as those made by the Cheetah Conservation Fund, are essential to protect this species." Future research will look at more families of carnivores to see how their inner ears are linked to their behavior and environments, Grohé said. She and her colleagues Beatrice Lee and John Flynn detailed their findings online Feb. 2 in the journal Scientific Reports.