The lion's death sparked outrage across the globe, but it has also provided key data and donations. 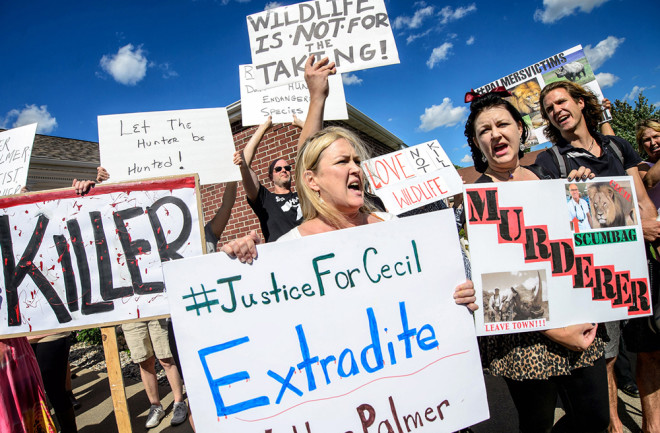 Sign up for our email newsletter for the latest science news
Before his death, Cecil the lion was the leader of his pride. | Christopher Scott/Alamy

On July 4, the signal from Cecil the lion’s satellite collar went dark. Oxford University’s WildCRU (Wildlife Conservation Research Unit) had been following his every move for eight years as part of a study of his pride. As rumors of a dead lion near Zimbabwe’s Hwange National Park spread, WildCRU founder David Macdonald and colleague Andrew Loveridge feared the 13-year-old patriarch had been killed.

They were right. American dentist Walter Palmer, aided by hunting guides, had fatally wounded Cecil. His death went viral, spurring international outrage — and new support for lion conservation. As of October, WildCRU had received more than $1 million, thanks in part to talk show host Jimmy Kimmel’s solicitation of donations in Cecil’s memory. Discover spoke with Macdonald about the impact Cecil’s death has had on WildCRU’s work.

Discover: How has Cecil’s death affected your study?

David Macdonald: It’s important for us to understand how lion societies react to mortality of all sorts within the population. At a scientific level, Cecil’s death — to put it coldly — is another data point for us in studying the consequences of adult male pride lions dying, which can include social turbulence and infanticide.

A less scientific answer has to do with the attention and donations Cecil’s death has brought to a project that operates hand-to-mouth. Millions of people are sending a signal that they value lions and big carnivores and wildlife. It’s a historic moment, one we must grasp to ensure that conservation does not simply go on with business as usual.

How will you spend the money?

Most of these donors have given money because of their interest in lion conservation in the landscape occupied by Cecil and other members of his population: Zimbabwe and the adjoining countries, particularly Botswana, Namibia and Zambia. It had always been our plan to expand the work beyond the park to these adjoining lands. We are also growing the project in its existing areas and will expand our intensive biological study of the lions so that our policy and conservation advice can be more evidence-based. In addition, we will be training a lot of marvelous young Zimbabwean conservationists.

You’ve studied lions for nearly 20 years. How has your research informed conservation efforts? What has changed?

A huge amount has changed. We work on all aspects of lion conservation in this landscape, including illegal poaching, illegal and legal trophy hunting, land use change around the park, and conflict between people in local communities and the lions. We have delivered astonishing practical results. For instance, we have trained local people to act as guards — we call them “long shields” because in their culture, the shield is important protection — to keep the lions away from livestock. When our satellite-tracked lions leave the park and enter farmland, which they do regularly and naturally, the satellite transmitters tell us where the lion is going. We contact one of our local guards, whom we have provided with mountain bikes, GPS and cell phones, and give him the lion’s location. He cycles off to the farming community and helps people lock up their livestock, then uses the vuvuzela — a trumpetlike instrument that fans use at football matches in southern Africa — to drive the lion back into the park. We’ve cut the loss of livestock by 50 percent. So our results are both scientifically cuttingedge and highly successful in helping the local communities.

[This article originally appeared in print as "Cecil's Conservation Legacy."]