Cavemen Were Better at Drawing Animals Than Today's Artists Are

Animal motion is a thorny challenge for modern illustrators, but Paleolithic drawings were surprisingly accurate. 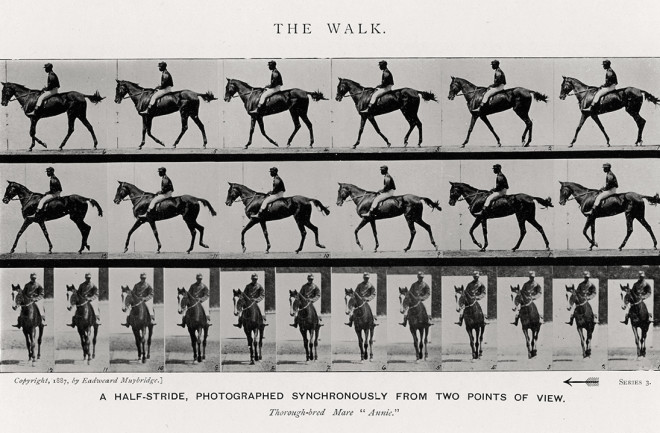 Prehistorians have long appreciated Paleolithic cave paintings for their intricacy, visual depth and vibrant color. Now there is further reason to admire our ancestors’ artistry.

According to a recent study led by Gábor Horváth, a biological physicist at Eötvös University in Hungary, cave painters understood — better than many artists of the modern age — the laws governing animal motion. With the invention of weapons and binoculars that allowed hunting from a greater distance, Horváth suggests, “modern humans really lost the skill to observe.”

Fascinated by the anatomy of horses and other animals in motion since his teens, Horváth knew that most four-legged mammals (except primates) walk using a specific footfall sequence — left hind, left fore, right hind, right fore — for maximum stability.

But studying paintings and sculptures in museums and even examining his own childhood toys, he noticed the depictions were often wrong. Unlike real animals, the rendered ones often appeared to move in a diagonal — left-right-left-right — sequence, suggesting they were always on the run.

Recently, Horváth decided to find out just how deep such errors went. He suspected the worst offenders might be artists working before the advent of stop-motion photography — and in particular before the pioneering work of English photographer Eadweard Muybridge. His stop-motion studies, published in 1887, of animals walking provided incontrovertible evidence of four-legged mammals’ gait.

To determine the accuracy of each image, researchers used an 8-by-8 matrix of the stride of a horse walking left to right. In a given cell, the forefeet attitudes belonging to the cell's row are paired with the hind feet postures belonging to the cell's column. The gray squares indicate the correct depictions. The study author often used mirror images of photos so each animal walks from left to right. A. Prehistoric: A bull from the Lascaux caves in France fits into cell Bb of the matrix and is therefore correct. B. Pre-MuyBridge: A horse drawn by Leonardo da Vinci fits into cell eH of the walking matrix and is therefore incorrect. C. Post-Muybridge: A Hungarian cavalry statue fits into cell Ba of the walking matrix and is therefore correct.  | Clockwise from top: Courtesy Gábor Horváth; Gábor Horváth; Keenpress/National Geographic Creative

Horváth’s team collected nearly 1,000 images of walking quadrupeds from books and museum websites, dividing them into two groups: works created before Muybridge’s 1887 studies and those created after 1887.

They also selected images by artists who might have known quite well how a four-legged beast moves: prehistoric peoples with ample opportunity to observe the animals they hunted.

The most reliably accurate artists were the cave painters. Of the 39 prehistoric paintings of horses, bulls, elephants and other quadrupeds the researchers examined, fewer than half were erroneous. The only inspiration the cave painters needed, it appears, was an empty stomach.

[This article originally appeared in print as "Cave Painters Had a Leg Up on Modern Artists."]