Caterpillars must walk before they can anally scrape

creates its own home by weaving leaves together with silk. Once built, it vigorously defends its territory but, like many animals, it prefers to intimidate its rivals before resorting to blows. To display its strength and claim its territory, it drums and scrapes its jaws against the leaf. It also drags its anus across the surface to create a complex scratching noise. This “anal scraping” message seems utterly bizarre, but its origins lie in a far more familiar activity – walking. Warding a rival off with your anus might seem unseemly to us, but caterpillars that do this turn out to be rather civilised species. The scraping is based on the same walking movements that their ancestors used to chase after rivals. The other parts of their signalling repertoire – drumming and scraping jaws - are ritualised versions of fighting moves like biting, butting and hitting. While their earlier cousins might resort to such fisticuffs, the anal-scrapers conduct their rivalries with all the restraint of Victorian gentlemen. These signals and their evolution have been decoded by Jaclyn Scott from Carleton University. They a great examples of how ritualised animal communiqués evolve from much simpler actions that have little if anything to do with communication – walking, breathing, hunting and the like. Crickets

, for example, sing by rubbing their wings together, which may originally have been done to release pheromones or to prep the wings for flight. The whistling of wind through the feathers of crested pigeons

has turned into an alarm. The competitive knee-clicks of eland antelopes 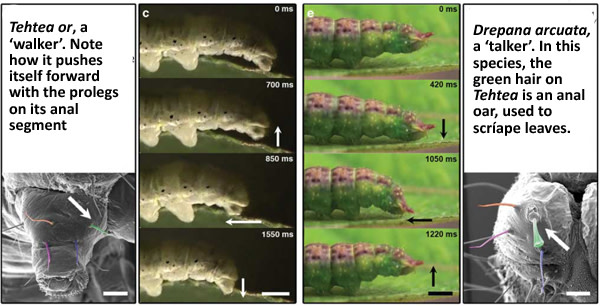