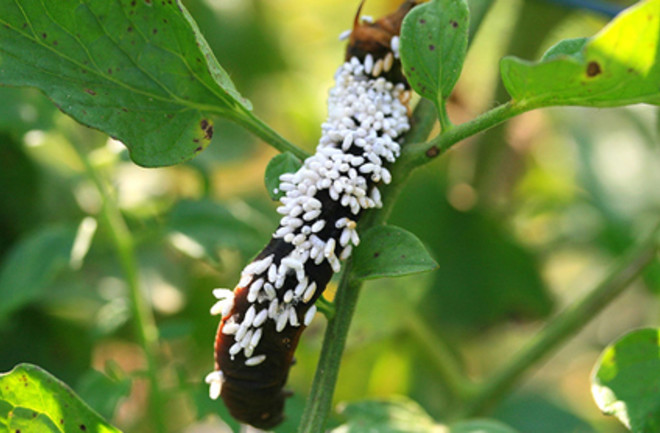 We knew parasitic wasps were menacing; DISCOVER covered some of them in our gallery of zombie animals controlled by parasites, including a caterpillar that becomes the bodyguard of wasp larvae after they take over its mind. But we didn't know just how many kinds of these treacherous insects exist. Now, after completing a decades-long study with other researchers, James Whitfield of the University of Illinois says that there are almost twice as many species of these wasps as researchers had previously believed. Biologists studying parasitic wasps had previously identified 171 provisional species—meaning they haven't been given a scientific name yet. But Whitfield's DNA analysis indicated 313 provisional species living in a biological reserve in Costa Rica called Area de Conservación Guanacaste. Some of these species look nearly identical, so much so that the scientists could only tell they were distinct from each other through analyzing their nucleotides in a procedure called "barcoding." The wasps play favorites, too—90 percent of them target only one or a few species of caterpillar. Researchers now estimate that there are as many as 10,000 species of caterpillar living in the Costa Rican preserve, however, which helps explain the unexpected diversity in wasps—and suggests that more surprises could be coming. Check out Whitfield's slide show of his wasps here.