Capturing the Action of Raptor Traction

Trouncing through deep mud, a deinonychosaur leaves behind a fossil of its third claw. 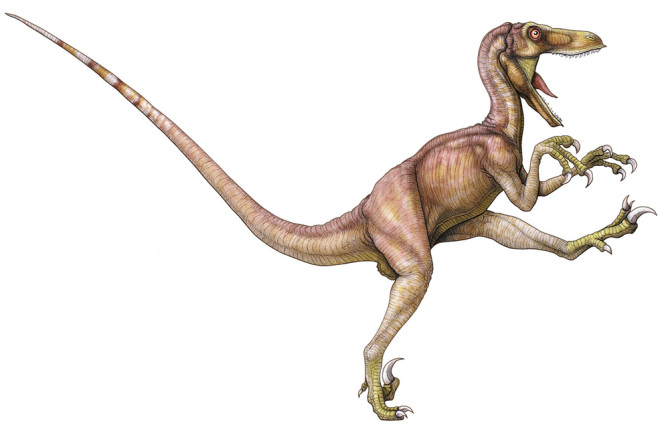 While hunky Chris Pratt was motorbiking through the Jurassic World jungle with his souped-up troupe of velociraptors, real paleontologists were analyzing unique fossilized tracks from a raptor that was on the loose more than 100 million years ago. Published in May in Palaeoworld, their report documents the first imprints of a raptor’s third-toe claw.

Like velociraptors, the raptor that made the tracks came from a group of dinosaurs known as deinonychosaurs, which walked and ran on two toes. Deinonychosaurs typically kept the third toe of each foot raised and its claw retracted, like your average house cat, to protect the valuable weapon. “The ground would dull the claw,” says University of Alberta paleontologist Scott Persons, part of the research team. “That’s also why a cat’s claws can rough you up, but a dog’s, not so much.”

Persons believes the unique three-toed raptor tracks, found with other dinosaur tracks in central China, may have been made when the coyote-size animal was moving through deep mud, using its claw for traction, like cleats on soccer shoes.