Throughout the animal kingdom, species sometimes get hungry for their own. 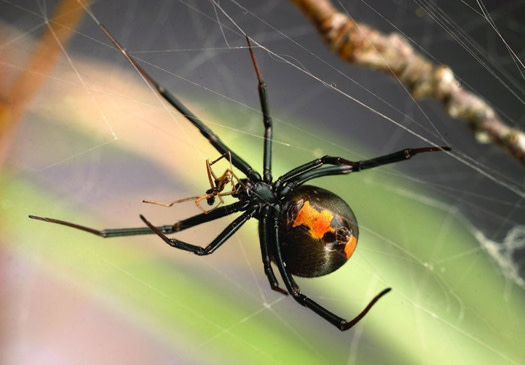 To us humans, cannibalism seems like one of the stranger--and creepier--phenomena cooked up by nature. But eating one's own kind happens more often in the wild than you might think. Some animals almost seem to have evolved to be cannibals, some do it only through desperation, and some do it during their most passionate moments.

The Australian redback spider falls into this last category. During copulation the male often "somersaults" into the much larger female's mouth; two-thirds of the time she eats him, as seen here. His sacrifice pays off with greater copulation time and increased chances that the female will ignore future suitors.

Other male spiders are a little more careful. The goldenrod crab spider of Canada uses its silk-spinning abilities not to spin a web but to restrain the female during mating. 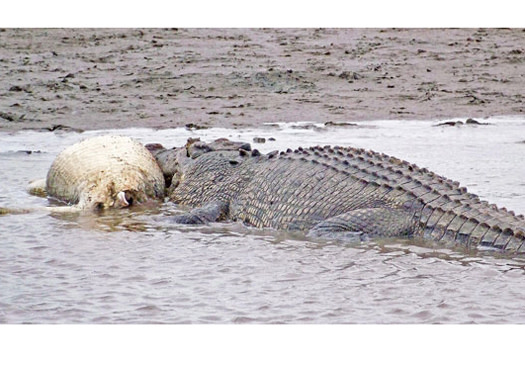 An Australian fisherman was boating in the Mission River last summer when he snapped this photo: a saltwater crocodile chowing down on another croc.

Crocs eat their young in times of resource scarcity--the little ones make an easy target. However, this photo could be showing an act of scavenging, one Australian biologist told the local press. 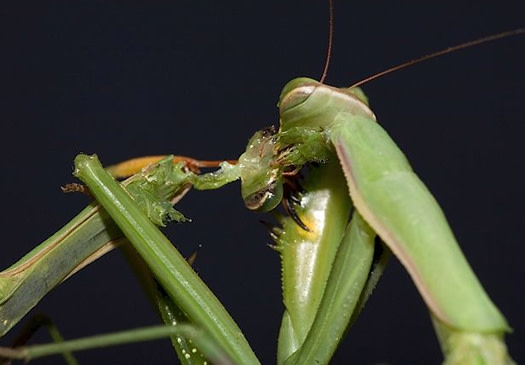 The female mantis is one of the world's most notorious cannibals. Sometimes--but not all the time--she devours the male after he jumps on her back to mate, seen here.

Males know they're asking for trouble during mating, so if they boldly go there at all, they often try to leap onto her back from far away, and then escape when the deed is done. Even if she kills him, though, all is not lost: male mantises can famously continue to copulate hours after decapitation. 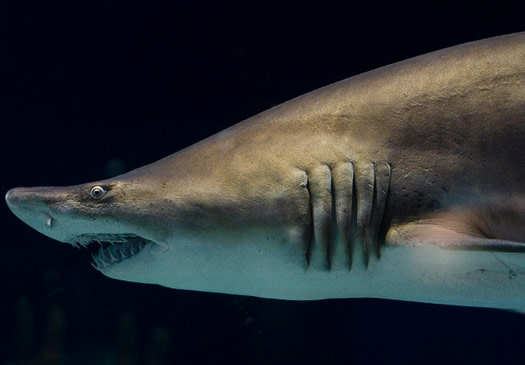 Sibling rivalry takes a deadly turn with sand tiger sharks. While still in the womb, baby sharks begin to develop their fangs. The eldest then devour some of their younger siblings, ensuring themselves a better chance of survival in the war for resources that is ocean life. 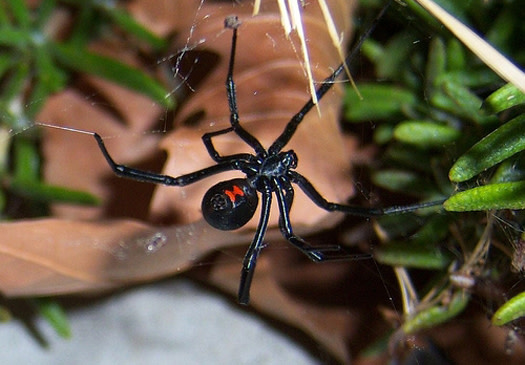 The bright red markings on the back of a female black widow spider is a clear warning to people to stay away--the venom in her bite can be lethal. But the male, who is brown and much smaller than the female, can't resist her, and sometimes it costs him his life.

There are several kinds of black widow; their markings vary regionally, as does the female appetite for her mate. 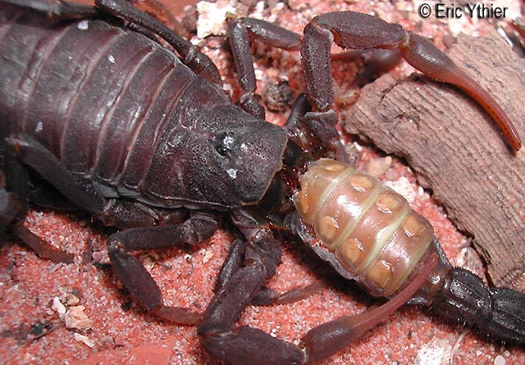 While spiders specialize in sexual cannibalism, scorpions, their fellow arachnids, seem to just dislike each other. They lead solitary lives, and when they meet, they often fight, kill, and eat each other, as this photo shows. They also sometimes practice sexual cannibalism, if they don't immediately fight to the death.

A study of desert scorpions back in 1980 showed that other scorpions represented only the fourth-most common meal for a scorpion, but by body mass it was number one, representing more than 25 percent of the total. 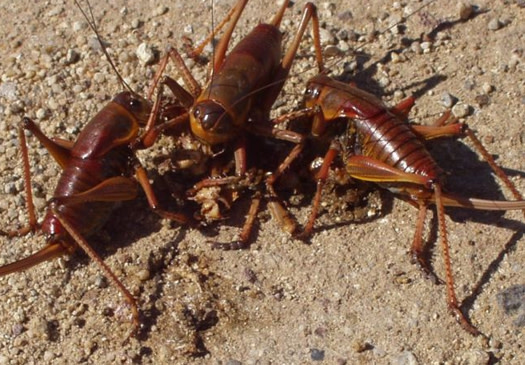 Mormon crickets aren't crickets but rather katydids, their close relatives. (They're not Mormon, either.) While scientists have generally attributed their swarming mass migrations to food shortages, there's a darker side of that hunger that keeps these insects on the march: If one stops marching, the others will devour it, as seen here. 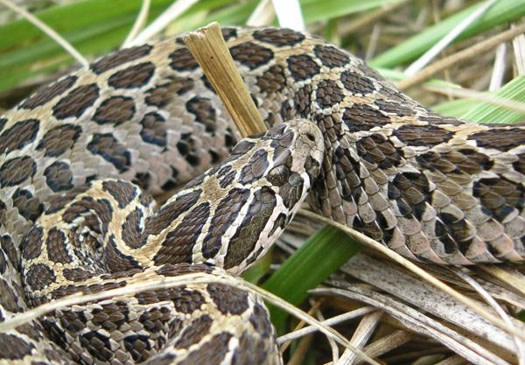 In February, a team of biologists found that female rattlesnakes will consume, on average, 11 percent of their postpartum mass, mostly in stillborn or non-viable offspring. They do it to recover some of their strength after giving birth and to get ready for subsequent reproduction.

New rattlesnake mothers cannibalizing some of their stillborn young is more common than not: Of the 190 females snakes in the study, 68 percent consumed at least some of their babies. 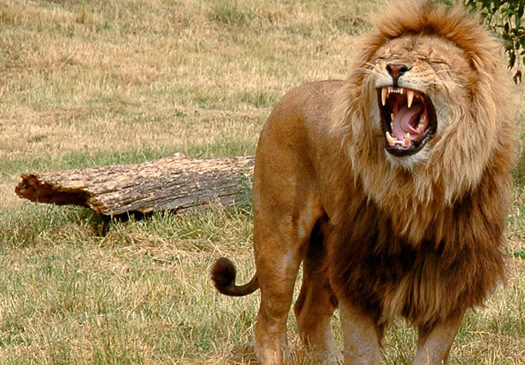 Sometimes killing one's own species has less to do with resources and more to do with dominance. When a young adult male comes to challenge for leadership of a new pride, he doesn't want the cubs of his old rival hanging around. So if he succeeds in overthrowing the older males, he often kills their cubs to make room for his own. 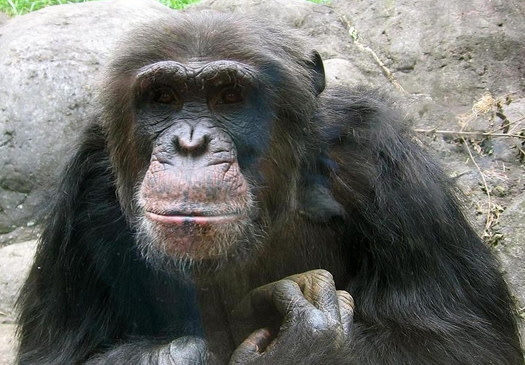 This one hits a little too close to home: Our close relatives, chimps, don't care much for their fellow primates. Females commit infanticide, though the reasons are not perfectly clear. Hunting parties will chase chimps and monkeys with remarkable bloodlust.

Chimps on a hunt viciously tear apart their victim, whether it's another chimp or not. Sometimes, chimps even attack people, as in the notorious attack in February in Connecticut.