Can You Help Solve the 'Shackleton Scribble' Mystery? 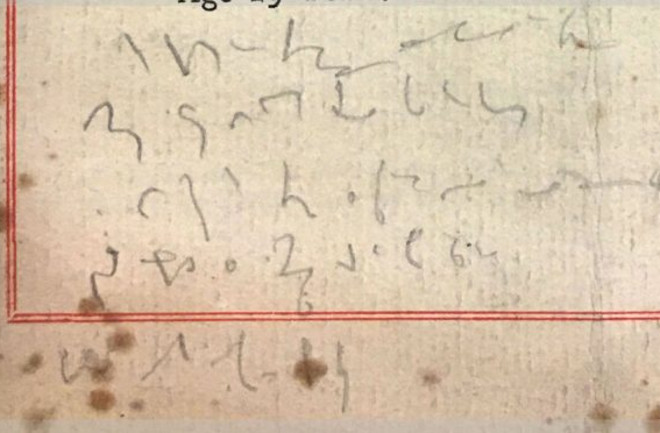 (Credit: RSGS) After more than a century, a mysterious shorthand message exhumed from the archives is confounding scientists and historical societies alike. In the winter of 1903, upon returning from his very first Antarctic expedition, Sir Ernest Shackleton found himself in need of a job. He applied for a secretary position within the Royal Scottish Geographical Society (RSGS), an organization responsible for introducing the latest and most innovative technologies. Among them at the time: the telephone. Several days ago it was reported in The Courier that current RSGS society member Jo Woolf had unearthed Shackleton’s resume, which must have proven successful, because he held the respective position for several years. A collection of council meeting logs, annotated maps, handwritten memos and even a few photographs were also uncovered. The Scrawl That’s Stumping Us All Shackleton’s CV was printed beautifully and presented well. His references, including fellow polar explorer Captain Robert Falcon Scott of the British ship “The Discovery,” spoke highly of him. Scott described Shackleton as “a marvel of intelligent energy” and as a man with an “indomitable pluck.” Though his qualifications were impressive, it’s what was writtenin the margins of his resume that's capturing experts' attention. In the bottom corner, penned in shorthand is a message that has proven illegible thus far. Its meaning remains unknown, but there are plenty of theories. It is possible that this note was simply a comment or observation about Shackleton’s character, scribbled in haste by his interviewer. Another, slightly more scandalous, proposition suggests that this comment was made by Captain Scott, who was actually a known rival of Shackleton’s, despite his favorable comments regarding his knowledge and work ethic. A last-minute insult or a confirmation of his worthiness? We may never know. The Games ‘Afoot Attention all riddlers and puzzlers! If you believe you’ve solved this century-long mystery or if you have any insight into the meaning behind these enigmatic scribbles, you are encouraged by the RSGS to contact them at enquiries@rsps.org.