Can Men Tell When Women are Ovulating? Decades of Creepy Experiments Still Can't Prove It

Unlike many other animals, humans don't show obvious signs of ovulation. Yet decades of studies have looked at whether subtle clues tip men off, with often conflicting or inconclusive results. 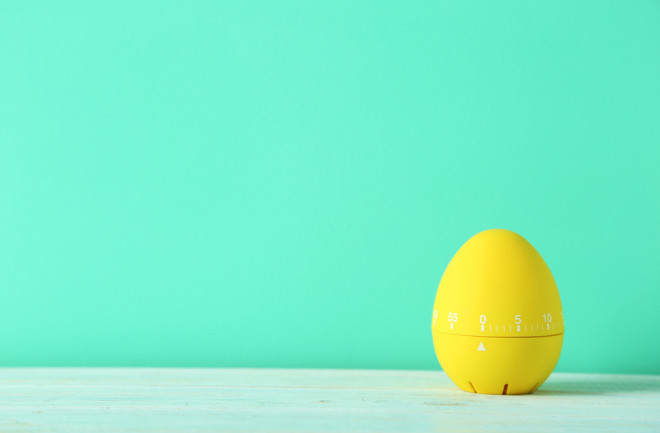 For most animals, sex time is obvious. During the fertile phase of their reproductive cycles, females go into heat. They act, smell and look different, sending an unambiguous signal to males: “Come impregnate me.”

But what about humans? Women have sex throughout their menstrual cycles, and don’t show conspicuous outward changes around ovulation — the time of month when pregnancy can occur.

Yet many researchers think there are subtle clues that a lady is in her fertile window. Not quite “heat,” but a real uptick in sex drive and appeal. Ovulating women may flirt more, dress flashy or undergo modest physical changes, such as rosier cheeks and plumper breasts. And some scientists further argue that men can detect these signs on a subconscious level.

Overall they find changes in behavior or appearance around ovulation, but these differences are slight, and probably whipped out by most female birth control methods. It’s unclear if, or how much, fertility clues really do impact our love lives.

Regardless, efforts to investigate the question have led to intriguing results and some very amusing experiments.

Do Women Change Across their Cycles?

Since then, numerous experiments have supported this finding — that around ovulation women crave sex more. Rather than showing erotic films in a lab, recent research has opted for more natural settings, like nightclubs. In one such study, unknowing ladies in French clubs were approached by male actors, who said, “Hello. My name’s Antoine. Do you want to dance?” (Previous analysis determined the actors were broadly attractive and the pick-up line “approximates the formula commonly used in nightclubs”). After the exchange, other members of the research team asked the women to complete surveys about their menstrual cycle. It turned out the dance request was accepted by fertile-phase women nearly 60 percent of the time, compared to about 35 percent otherwise.

Another study had participants donate spit samples for hormone analysis as well as complete daily online diaries about their sexual activities. The results reveal how female arousal is influenced by hormone changes across the menstrual cycle. Just before ovulation, the hormone estradiol peaks and so does desire. Right after that fertility window, estradiol plummets as progesterone rises, and sex-drive declines.

However, there is controversy over whether or not a woman’s taste in men changes across her cycle. Specifically, it’s been proposed that ovulating women prefer dominant, manly men, whereas the rest of the month they’d choose dotting, faithful mates. For instance, a 2014 Psychological Science paper had female participants interact with male actors playing a “sexy cad” or “good dad.” A cad is a dishonorable man. According to its authors, women in their fertile phase preferred and flirted more with the sexy cads.

But one experiment does not prove a claim. Considering the results of over 50 studies, some researchers conclude that the pattern holds: That female’s mate preferences change across their cycles (here, here). At the same time, others reject this conclusion, criticizing the statistical and experimental methods involved (here, here).

The steps of ovulation. (Credit: udaix/Shutterstock)

But Do Men Notice?

Hormonal shifts across the fertility cycle cause subtle changes in women’s appearance, voices and scents. This raises the question: Can men tell?

Efforts to answer this began with a 1975 Science paper investigating how vaginal odor varies across a menstrual cycle. A few dozen male and female participants sniffed jars containing vaginal secretions collected from four women across 15 cycles. Considering the average rating of 256 sniffs for each phase of the menstrual cycle, samples from ovulation days smelled the least intense and unpleasant. However, individual rankings varied considerably and only a few sniffs were deemed pleasant.

Over the years other scientists have attempted similar experiments to test if women divulge their fertility by scent. The most rigorous to date had 41 ladies collect underarm sweat in cotton gauze pads worn on high- and low-fertility days. After the sweat samples were isolated into plastic bottles, more than 100 men were told to choose the “more attractive.” Raters picked the high fertility samples 56 percent of the time, just above the 50/50 outcome expected if the men were picking at random.

And what about visual and vocal beauty? In a 2013 Hormones and Behavior paperseveral hundred men were asked to rate photographs and voice recordings of 202 women taken during different phases of their cycles. The data is pretty messy, but the authors maintain most men found high-fertility photos or clips more attractive.

Few studies have found conclusive evidence that men can detect when a woman is fertile. (Credit: Zoriana Zaitseva/Shutterstock)

It’s hard to say if these barely discernible differences influence our dating and mating success. But at least one study found real life, measurable impacts for a particular group of women: lap dancers.

In a 2007 Evolution and Human Behavior paper, psychologists compared tips received in Albuquerque strip clubs by lap dancers across their menstrual cycles. Wrote the authors, “Because academics may be unfamiliar with the gentlemen’s club subculture, some background may be helpful.” They go on to describe the clubs as dark, smoky and loud, and explain how patrons often begin the evening by withdrawing a stack of $20 bills and having a couple drinks.

The results revealed economic differences tied to the ladies’ cycles. During 5-hour shifts, the average tips for were $335 for dancers in their fertile phase, compared to $260 or less for those in the rest of the cycle.

The things scientists learn when they leave the lab.

More From Discover
Mind
What Foods Can Give You Nightmares?
Mind
Why We Are Fascinated With Serial Killers
Technology
Text-To-Image AI: Powerful, Easy-To-Use Technology For Making Art – And Fakes
Planet Earth
What Coffee Means to 6 Different Countries
Mind
Nostalgia and Thinking About the Future Can Be Good For You
Health
Could COVID-19 Be Changing Who We Are?
Recommendations From Our Store
My Science ShopDiscover STEM Kits
My Science ShopDiscover 2022 Calendar
My Science ShopStrange Science
My Science ShopElements Flashcards
Shop Now
Stay Curious
Join
Our List